Pot and parenting: is this a criminal justice, public health or family law issue? 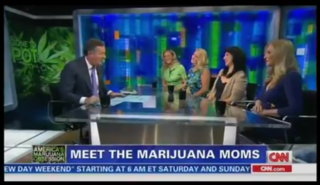 In this recent post, I requested (and still seek) information about the intersection of state marijuana reform and traditional family law. For example, I am still wondering if there is any history in states with reformed marijuana of efforts to use (or any formal rejection of) arguments in custody disputes concerning one parent's legal use of marijuana.

Notably, CNN's on-going coverage of marijuana reform has brought these questions to the mainstream media via this new article headlined "Does medical marijuana equal bad parenting?". Here is an excerpt from the lengthy and effective article, which prompts the question in the title of this post:

For agencies enlisted to protect children, marijuana in the home has for decades been an invitation for serious speculation about a parent's fitness. But as the narrative of medical marijuana legalization unfolds across the country, so does a complicated parallel story of patients whose children are being removed to protective custody -- or worse, permanently removed -- ostensibly because of their legal marijuana use. Most medical marijuana legislation does not seem to account for this possibility.

"The judges, the police, CPS (child protective services) have been fighting this war on drugs for so long," said Maria Green, a medical marijuana patient in Lansing, Michigan, whose infant daughter Bree was placed in foster care last year. "They just can't get it out of their minds that this is an 'evil' drug they have to fight against."

To be sure, each case has unique circumstances, and child welfare officials at both the state and local level do not comment about specific cases while they are in process, or even once they are closed. Further complicating the picture: While medical marijuana use is legal in 20 states and the District of Columbia, the federal Drug Enforcement Administration classifies the drug as a Schedule I substance with "no currently accepted medical use in the United States" and high potential for abuse.

In cases involving removal of children, medical marijuana found in the home would seem to be barely distinguishable from other Schedule I substances -- such as heroin or ecstasy. "CPS handles (cases) the same way regardless of what the drug ... is," said Michael Weston, deputy director of public affairs and outreach programs at the California Department of Social Services. "Everything is weighed in reference to, 'Is this a danger to the child? Is there a potential harm to the child? Is this showing signs of abuse or neglect?'"

There have been no substantive studies yet to determine how medical marijuana impacts parenting. There is early data, according to a researcher, suggesting a small increase in child poisonings among medical marijuana patients in states where it is legal. And early epidemiological data draws a link between medical cannabis use and increased corporal punishment and physical abuse -- but not neglect.

"We really don't know what's going on," said Bridget Freisthler, an associate professor in the department of social welfare at UCLA, who studies medical marijuana use among parents. "We don't know whether (medical marijuana) affects parenting or whether caseworkers need to be concerned when they find out this is happening in the home."

Parents fighting to maintain custody of their children say the mere presence of medical marijuana is an almost reflexive trigger for removal. They cite scores of anecdotes concentrated in states where medical cannabis is legal -- children removed from homes where cannabis is used or grown; babies testing positive for marijuana at birth and subsequently removed; children removed because mothers breastfed at the same time that they used medical marijuana.

"Marijuana use does not make someone a bad parent," said Sara Arnold, co-founder of the Family Law and Cannabis Alliance. "It should not be the primary or sole basis for any Child Protective Services investigation."

But simply having a medical marijuana card does not mean that that patient is acting responsibly with the medication; nor does the mere presence of marijuana imply lack of safety, according to experts. "Medical marijuana as a risk factor by itself doesn't mean the child isn't safe," said Michael Piraino, chief executive officer of National CASA for Children, an advocacy group for abused and neglected children. "Most kids have had risk factors but remain safe. "But how do you put together all these pieces of information, of evidence, that a child is or isn't safe?"

Better late than never, some resources on pot and parenting...

) Mary E. Taylor. Annotation, Parent's Use of Drugs as Factor in Award of Custody of Children, Visitation Rights, or Termination of Parental Rights, 20 A.L.R.5th 534 (2014).

And the statutes in Arizona, Delaware, New Hampshire, Michigan, Washington and Maine which create an anti-presumption similar to the holding in Alexis E. with an unless instead of a but.