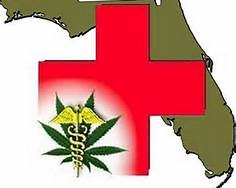 As reported in this lengthy local article, headlined "Conservative committee opens door to medical marijuana for Florida," a notable swing/southern state now has a number of notable legislators talking in notable ways about marijuana reform.  Here are excerpts:

One conservative Republican who has suffered from brain cancer talked about the deceit of the federal government in hiding the health benefits of marijuana for his cancer.  Another legislator reluctantly met with a South Florida family, only to be persuaded to support legalizing the drug.

Then there was Rep. Charles Van Zant, the surly Republican from Palatka who is considered the most conservative in the House. He not only voted with his colleagues Wednesday to pass out the bill to legalize a strain of marijuana for medical purposes, he filed the amendment to raise the amount of psychoactive ingredients allowed by law — to make it more likely the drug will be effective.

The 11-1 vote by the House Subcommittee on Criminal Justice, was a historic moment for the conservatives in the GOP-dominated House. It was the first time in modern history that the Florida Legislature voted to approve any marijuana-related product. “That’s because people here in Tallahassee have realized that we can’t just have a bumper-sticker approach to marijuana where you’re either for it or against it,” said Rep. Matt Gaetz, R-Shalimar, the committee chairman and sponsor of the bill after the emotional hearing. “Not all marijuana is created equally.”

The committee embraced the proposal, HB 843, by Gaetz and Rep. Katie Edwards, D-Plantation, after hearing heart-wrenching testimony from families whose children suffer from chronic epilepsy. A similar bill is awaiting a hearing in the Senate, where Senate president Don Gaetz, a Niceville Republican and Matt’s father, has said he has heard the testimony from the families and he wants the bill to pass as a first step. “Here I am, a conservative Republican but I have to try to be humble about my dogma,” Senate President Don Gaetz told the Herald/Times....

For a committee known for its dense, often tedious scrutiny of legal text, the debate was remarkable. Rep. Dave Hood, a Republican trial lawyer from Daytona Beach who has been diagnosed with brain cancer, talked about how the federal government knew in 1975 of the health benefits of cannabis in stopping the growth of “brain cancer, of lung cancer, glaucoma and 17 diseases including Lou Gehrig’s disease” but continued to ban the substance. “Frankly, we need to be a state where guys like me, who are cancer victims, aren’t criminals in seeking treatment I’m entitled too,” Hood said.

Rep. Dane Eagle, R-Cape Coral, said he had his mind made up in opposition to the bill, then changed his mind after meeting the Hyman family of Weston. Their daughter, Rebecca, suffers from Dravet’s Syndrome. “We’ve got a plant here on God’s green earth that’s got a stigma to it — but it’s got a medical value,” Eagle said, “I don’t want to look into their eyes and say I’m sorry we can’t help you,” he said. “We need to put the politics aside today and help these families in need.”

The Florida Sheriff’s Association, which adamantly opposes a constitutional amendment to legalize marijuana for medical use in Florida, surprised many when it chose not to speak up. Its lobbyist simply announced the group was “in support.” The bi-partisan support for the bill was summed up by Rep. Dave Kerner, a Democrat and lawyer from Lake Worth. “We sit here, we put words on a piece of paper and they become law,” he said. “It’s very rare as a legislator that we have an opportunity with our words to save a life.”

The only opposing vote came from Rep. Gayle Harrell, R-Stuart, an advocate for the Florida Medical Association. Her husband is a doctor. She looked at the families in the audience and, as tears welled in her eyes, she told them: “I can’t imagine how desperate you must be and I want to solve this problem for you.” But, she said the bill had “serious problems.” It allowed for a drug to be dispensed without clinical trials and absent the kind of research that is needed to protect patients from harm. “I really think we need to address this using science,” Harrell said, suggesting legislators should launch a pilot program to study and test the effectiveness of the marijuana strain. “This bill takes a step in the right direction … but it’s not quite there.”