Might debates over marijuana reform be a lot different if eating pot was far more common than smoking it? 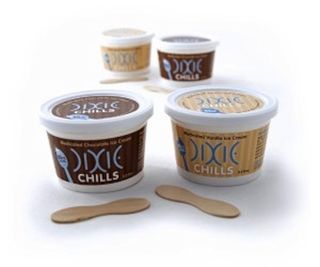 The question in the title of this post was prompted in part by a discussion with one of my seminar students about the connections between tobacco public health research and marijuana public health research.  And this recent Huffington Post piece, headlined "10 Marijuana Edibles That Could Pass As 'Real' Food," further pushed me to wonder if the traditional ways in which marijuana traditionally is consumed plays a (too?) significant role in debates over modern legal reforms.

Notably, the HuffPo piece (which has lots of pictures, including the one posted here) is mostly focused on how some in the modern marijuana industry can "sneak" the plant into products that look like more traditional food. Here is the introduction to the 10 products and pictures, which includes lots of interesting links:

The legalization of marijuana -- be it medical or recreational -- in more than 20 states across the U.S. has inspired a new industry: marijuana-infused food products.

People choose to eat pot-infused treats for a variety of reasons. For some medical marijuana patients, it can be the simplest or healthiest way for them to benefit from the drug. For the recreational user, it can be a discreet and delicious way to enjoy marijuana.

Marijuana business owners -- or ganjapreneurs -- are nothing if they aren't innovative, and this collection of ten sneaky pot treats disguised as everyday snacks from Marijuana.com show just how clever the industry can be.

The most prominent public policy group actively resisting marijuana reform efforts is Project SAM, which has as its main mission and concern that "Big Tobacco" will quickly become a big player in a legalized marijuana industry.  Obviously, if marijuana was always or mostly consumed by eating it inside food products rather than by smoking, these claimed concerns would make a lot less sense.  (Those against reform might start talking about the harms of "Big Fast Food" or "Big Snacks," but such concerns seem far less likely to resonate with the vast majority of folks who like dislike smoking but like fast food and snacks.)

In addition, my own sense of the public health discourse and common perceptions about the enduring problems of tobacco smoking have extra pejorative bite because of second-hand smoke and the harms that flow that can and do get exported to non-smokers forced to be in proximity to any smokers.  And in Denver, as noted in this AP article, there is already some talk about perhaps making it a crime to expose non-smokers to marijuana smells in public spaces.  These issues and concerns, of course, become a much smaller concern if eating pot were far more common than smoking it.