"Marijuana is America's Next Political Wedge Issue: Pot politics, in 2016 and beyond" 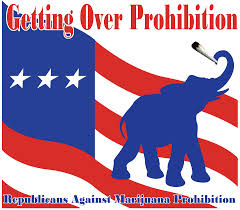 The title of this post is the headline of this very interesting new piece in The New Republic authored by Nate Cohn.  Here are excerpts from what strikes me as an astute political analysis circa fall 2013:

We’ve reached the point where there should be no surprise if a major national politician embraces marijuana legalization. Without any large-scale campaign on its behalf, surveys show that approximately half of Americans now support marijuana legalization, including 58 percent in a recent, but potentially outlying, Gallup poll. Regardless of the exact support today, marijuana is all but assured to emerge as an issue in national elections — it's only a question of how and when.

So far, neither party wants to touch the issue. The Democratic governors of Washington and Colorado didn’t even support initiatives to legalize the possession, distribution, and consumption of marijuana, even though the initiatives ultimately prevailed by clear margins. It took the administration ten months to announce — in the middle of the Syria debate — that the Department of Justice wouldn’t pursue legal action against Washington and Colorado. And on the other hand, Republicans weren't exactly screaming about hippies and gateway drugs, either.

Despite their apparent reservation to engage the issue, it’s hard to imagine Democrats staying on the sidelines for too many more election cycles. The party’s base is already on board, with polls showing a clear majority of self-described Democrats in support....

To date, Democrats haven’t had many incentives to take a risk on the issue. Democrats are already winning the winnable culture war skirmishes, at least from a national electoral perspective, and they have a winning demographic hand. And let’s get perspective: Marijuana legalization may be increasingly popular, but it’s not clearly an electoral bonanza. Support for legalization isn’t very far above 50 percent, if it is in fact, and there are potential downsides. National surveys show that a third of Democrats still oppose marijuana legalization. Seniors, who turnout in high numbers in off year elections, are also opposed. Altogether, it’s very conceivable that there are more votes to be lost than won by supporting marijuana. After all, marijuana legalization underperformed President Obama in Washington State.

Even so, Democratic voters will eventually prevail over cautious politicians, most likely through the primary process. Any liberal rival to Hillary Clinton in 2016 will have every incentive to support marijuana legalization. Whether Clinton will follow suit is harder to say, given that frontrunners (and Clintons) are generally pretty cautious. It’s probably more likely that Clinton would endorse steps toward liberalization, like weaker criminal penalties and support for the legalization experiments in Washington and Colorado.

Republicans, meanwhile, are less likely to support legalization or liberalization. To be sure, some Republicans will. They can take a states’ rights position and the party has a growing libertarian bent, perhaps best exemplified by Rand Paul’s willingness to support more liberal marijuana laws. Republicans also have electoral incentives to lead on issues where they can earn a few votes among millennials, who pose a serious threat to the continued viability of the national Republican coalition. If the Republicans can't adjust their existing positions to compensate for demographic and generational change, which (for now) it appears they cannot, then perhaps taking a stance on a new issue, like marijuana, is the best they can do.

Of course, the problem is that a majority of Republicans are opposed to legalization. Two thirds of Republicans voted against legalization in Colorado and Washington, where one might expect Republicans be somewhat more amenable than the nation as a whole. It probably doesn’t help that marijuana is closely aligned with the liberal counterculture. It's also possible that many pro-legalization conservatives don't identify as Republicans at all, but instead might be independents....

With Republicans likely to remain opposed, marijuana could emerge as a big cultural issue in the 2016 election. In particular, Clinton would be well-positioned to deploy the issue. Her strength among older voters and women mitigates the risk that she would lose very much support, while legalization could help Clinton with the young, independent, and male voters who could clinch her primary or general election victory.

But realistically, Clinton or another Democrat won't campaign on marijuana legalization. For one, it’s most likely that the Democratic nominee will support incremental measures....

It’s easier to imagine marijuana playing a role in the 2016 primaries. Many candidates will have incentives to use the issue, whether it’s a cultural conservative using marijuana to hurt Rand Paul among evangelicals in Iowa, or a liberal trying to stoke a progressive revolt against Clinton’s candidacy. And once one party begins to debate the issue, the other will almost certainly be confronted by the same question. Marijuana won’t be decisive in a primary, but 2016’s primary battles will shape the two party’s initial positions on the issue.

Yet marijuana’s big moment will probably come later, perhaps in 2024. Legalization might eventually be popular enough for Democrats to use the issue in general elections, first at the state level and then nationally. As with gay marriage, the GOP’s obvious but difficult solution is to take their own creed on states’ rights seriously, and devolve the issue — and the politics — to the states. Compared to gay marriage, which strikes at the heart of the evangelical wing of the party, it should be easier for the Republicans to make an adjustment on marijuana. But if they cannot, the GOP will again find itself on the losing side of the culture wars.

I see lots and lots of merit to this analysis, and I find especially intriguing the cogent observation that a older female politician like Hillary Clinton might be especially well positioned to experiences far more political benefits than costs from pro-marijuana reform positions. (Indeed, I have been thinking for some time that the marijuana reform movement needs a prominent female (and motherly) face and voice comparable to Pauline Sabin, the first woman to sit on the Republican National Committee, who was a vocal advocate from repealing alcohol prohibition 80 years ago.)

But I think this commentary may be missing one key reality that I am certain will impact dramatically the politics of pot over the next few cycles: the reality and perceptions of what ends up happening, good or bad, in Colorado and Washington as recreational pot goes mainstream in these two distinct states.  If legalization is seen as a huge success inside and outside these states over the next 12 months, especially in swing-state Colorado, we should expect marijuana reform supporters to see positive political possibilities as early as 2014.    But if things go poorly in these states, the reform politics necessarily will take on a much different character.

Labaoratories of democracy, here we come: buckle up local, state and national politicians, we are likely in for a bumpy and unpredictable politicial ride.