This week, CNN has run two notable commentary pieces about marijuana reform.  This first one was penned by David Frum and appears under the headline "Be afraid of Big Marijuana."  It starts this way:

"We're on the brink of creating Big Marijuana." That warning comes from my friend Kevin Sabet, a former senior adviser on drug control policy under President Barack Obama. Sabet now heads Smart Approaches to Marijuana, an anti-legalization group on whose board I sit.

At the end of August, the administration that Sabet served announced a retreat on marijuana policy. It will allow the states of Washington and Colorado to proceed with the legal retailing of marijuana. And it will get out of the way of the approximately 20 states that allow so-called medical marijuana.

With a referendum on marijuana scheduled in 2014 in Alaska and action likely in coming years in California, Maine, Massachusetts, Nevada and Oregon, half the states in the union may soon allow the sale of marijuana to almost anybody determined to buy it.

To understand where the marijuana debate is going, it's important to appreciate that "medical marijuana" is a laughable fiction. In California, the typical user of so-called medical marijuana is a 32-year-old white man with no life-threatening illness but a long record of substance abuse.

Under Colorado's now-superseded medical marijuana regime, only 2% of those prescribed marijuana suffered from cancer, and only 1% from HIV/AIDS. Some 94% cited unspecified "pain" as the justification for their pot prescription. False patients find unscrupulous doctors: in Oregon, only 10 practitioners write the majority of all marijuana prescriptions in the state. When a TV crew visited a marijuana dispensary in Los Angeles last year, they met for five minutes with a man who turned out to be licensed as an acupuncturist and were then handed a prescription signed by a doctor they never met.

In response comes this piece penned by David Nathan appearing under the headline "Fighting marijuana ... or reality?."  It starts this way:

David Frum's recent op-ed on CNN.com exemplifies why Americans are becoming deaf to the critics of pot legalization.  Their hyperbolic claims about the dangers of pot -- along with the realistic ones -- are being dismissed by a justifiably cynical public. Anti-marijuana propaganda isn't stopping the march toward national legalization, but the opposition is losing its voice as it screams about the falling sky.

A majority of Americans favor full legalization, and they understand that recreational cannabis is not now and will never be legal for minors. They know better than to believe Frum's prediction that "half the states may soon allow the sale of marijuana to almost anybody determined to buy it" -- an assertion so broad as to imply that even children would be permitted to buy pot legally. This is simply not so.

Americans are also informed enough to realize that medical marijuana is not a "laughable fiction."  This week, I saw a longstanding patient with a rare, ultimately fatal neurological disorder that causes chronic, painful muscle spasms.  For years, this patient has smoked marijuana to counteract this terrible symptom, and it works.

With medicinal marijuana now legal in New Jersey, this patient is not convinced that she will be safe from federal prosecution if she goes through the state's one operational dispensary, so she continues to purchase illegal, untaxed and potentially adulterated cannabis. While she is technically a criminal, she is neither laughable nor fictional.

Those opposed to marijuana do raise important concerns that are often neglected in the movement toward legalization.

Cannabis is indeed associated with low motivation and poor performance in minors. It may have subtle but long-term negative effects on young users and worsen the condition of some individuals vulnerable to psychosis.  Smoking marijuana may be harmful to users' lungs, although vaporizers have long been available as a safer alternative.

Cannabis is habit forming in a small percentage of users. Marijuana intoxication impairs driving, though the risk is similar to that of drivers with a blood alcohol level of 0.05%, which is well below the federally mandated legal limit of 0.08%.

So why can't the opposition discuss these problems realistically? 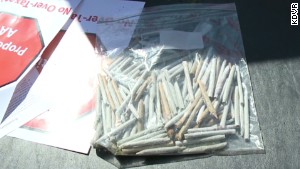 It's simple: Because the only rational conclusion is that the dangers of pot are not sufficient to warrant its prohibition. Yet those who have an ideological opposition to legalization appear immune to reason.