Two decades into experimentation, what is really known about medical marijuana practices? 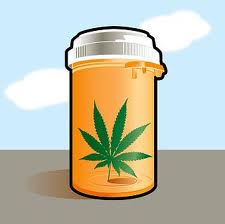 Soon it will be a full twenty years since voters in California passed Proposition 215 to make that state the first to allow the medical use of marijuana. As of Fall 2013, a total of 20 states and the District of Columbia have passed similar laws.  (Here is a very helpful NCSC list with links to all the legal basics.)  And yet, even now that nearly half of all US jurisdictions have legalized medical marijuana, I am struck by how little is really known about about medical marijuana practices.

The website ProCon.org has via this web portal with lots and lots of helpful information and links on the topic of medical marijuana, and the site lives up to its claim of presenting "facts, studies, and pro and con statements on questions related to whether or not marijuana should be a medical option." But notably absent from this site (or really any others I could find) was any serious and balanced "on the ground" research concerning the practical realities of "medical" marijuana use and abuse in any particular jurisdiction or across the United States.

This ProCon.org webpage, titled "How Many People in the United States Use Medical Marijuana?," has a very interesting state-by-state accounting of "the actual number of patients holding identification cards in the states (and District of Columbia) with mandatory registration" which reports that there are over 1 million registered medical marijuana patients.  But this data, of course, does not tell us anything about who are these registered patients and for what purposes and how often they use marijuana as medicine.

Similarly, a lot of pro-reform organizations like Americans for Safe Access (ASA) and Marijuana Policy Project (MPP) and National Organization for the Reform of Marijuana Laws (NORML) have lots of information about medical marijuana laws and lots of resources and arguments for would-be advocates.  But hard data on medical marijuana patients and their practices do not leap off the page at these locales.

As noted in this prior post, a prominent opponent of modern marijuana reforms called medical marijuana "a laughable fiction" noting that in California, a the typical user is a 32-year-old white man with no life-threatening illness but a long record of substance abuse; in Colorado, 94% of medical marijuana patients just pain as the justification for their pot prescription; and in Oregon, only 10 practitioners write the majority of all marijuana prescriptions in the state.  And yet, many prominent doctors have come to acknowledge, as stated by the reknown Dr. Sanjay Gupta in this pro-pot CNN piece, that there are many "legitimate patients who depend on marijuana as a medicine, oftentimes as their only good option."

Because the medical and scientific communities are still vigorously debating the potential health benefits and harms of marijuana and its chemical compounds, and especially because all marijuana distribution and use remains illegal under federal law, I suppose I should not be too surprised that it is hard to find much "on the ground" research concerning the practical realities of "medical" marijuana use and abuse in any particular jurisdiction or across the United States.  But I find this reality disappointing, and I know that I would sure like to know a whole lot more about medical marijuana patients and their practices.  (And, in class today in my "Marijuana Law, Policy & Reform" seminar, I hope to steer our discussion of medical marijuana to the question of what students think the average likely voter would want to know about the practical realities of "medical" marijuana before supporting any reform to the legal status quo.)

Craig Reinarman et al. have published one study, Who are Medical Marijuana Patients?, 43 J. Psychoactive Drugs 128 (2011), that provides some information about medical marijuana users. The authors surveyed roughly 1,800 patients and their Drs. to find out why the patients sought to use marijuana, what symptoms they presented, what other treatments they had tried, and how they were using marijuana, among other things. There are limitations to the study (only California, relies on self-reporting, etc.), but it supplements nicely the more limited data that can be gleaned from state medical marijuana registries (esp. in CA, which is one of the few states not to have one).
Other researchers have attempted to measure the impact of medical marijuana laws on everything from teen marijuana use to road fatalities, with somewhat mixed (and sometimes dubious) results. As far as I know, few of these studies have been published yet – but it looks like at least some are in the pipeline.
There are lots of obstacles to empirical work on these laws -- elegant variation in the content of laws, how they’re enforced, etc., etc. – so I hesitate to call the medical marijuana states “laboratories” of experimentation. But I agree that we should be able to draw some insights from the collective experience of the states over the past 17 years.

Cannabis was deemed to be a schedule 1 drug, having no known medical uses. As such, it comes under the control of the National Institute of Drug Abuse (NIDA). The NIDA was formed with the premise that drugs of abuse can only be studied as drugs of abuse and not for their potential benefits. Even if your study is approved by the FDA, NIDA can, and will disallow it because your study needs to show the potential downside of the drug. This is the roadblock that prevents an honest look at cannabis and is the reason why most studies show the harmful effects and not the benefits.