Way back In the 1980s, researchers at the American Legislative Exchange Council (ALEC) recognized divestment as a threat to business as usual (see yesterday's post). At the time, the issue was apartheid, and the target for divestment was South Africa. In a 1983 legislative update, ALEC argued that “although South Africa is the initial target, it is not likely to be the last… activists can be expected to broaden their divestment strategy.”

Three decades later, the target is ALEC itself. Activists are using divestment to starve ALEC of revenue, by scaring off its corporate members. A few years ago, in the wake of the Trayvon Martin shooting and the revelation that ALEC had supported Stand Your Ground laws, corporations started canceling their ALEC memberships. Activists realized that by exposing ALEC’s extreme positions, they could pressure corporations to cut ties with ALEC.

For the past year, the issue has been whether ALEC denies the science of climate change. ALEC’s critics assert it does. ALEC denies the claim. Last month, ALEC sought to take the offensive, by sending cease-and-desist letters to its critics, saying that if they didn’t stop what it claims is defamation, it would sue.

How did things reach this point?

To understand, we need to roll the tape back to last September. Google Chairman Eric Schmidt, in an appearance on NPR’s Diane Rehm show, was asked about ALEC:

REHM: And how did you get involved with them in the first place? And were you then disappointed in what you saw?

SCHMIDT: Well, the company has a very strong view that we should make decisions in politics based on facts. What a shock. And the facts of climate change are not in question anymore. Everyone understands climate change is occurring. And the people who oppose it are really hurting our children and our grandchildren and making the world a much worse place. And so we should not be aligned with such people. They're just literally lying.

The statement didn’t stop the exodus. Within days, Facebook, Yahoo, and Yelp followed Google’s lead, and eBay followed suit in December. With Microsoft having jumped ship in July, by the end of 2014 ALEC was left without nearly all of its corporate sponsors from the technology sector.

Climate activists celebrated the success of their campaign to pressure tech firms. Brant Olsen of Forecast the Facts declared that "the departure of these firms from ALEC shows that denying the facts on climate change really doesn't have a place in the modern business world.” And another Forecast the Facts campaigner announced their next targets: “we’re looking to AT&T, Verizon, FedEx and UPS to follow suit and distance themselves from Alec’s extreme climate denial agenda. If they choose to stay with ALEC, we’ll be taking the issue to their customers, shareholders and employees.”

Meanwhile, energy firms have also been canceling their ALEC memberships: first ConocoPhillips, then Occidental Petroleum (Oxy), and most recently BP. The companies would not say why, but Oxy may have responded to pressure by activist shareholders. A proxy statement submitted at its 2014 annual shareholder meeting noted ALEC’s opposition to climate policies and suggested the tie to ALEC could pose a reputational and business risk to Oxy. 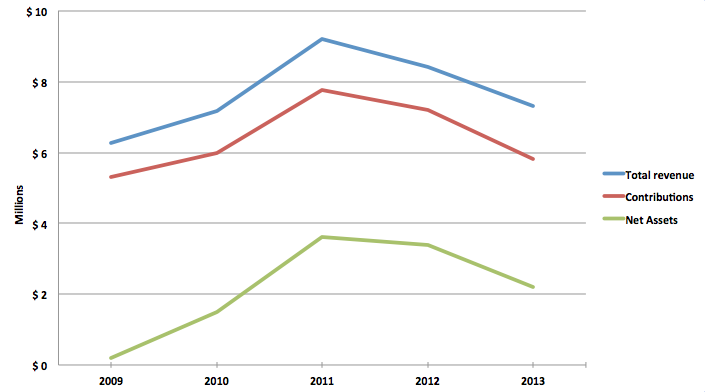 Last month, with corporate members continuing to flee, ALEC took the next step in its attempt to stanch the bleeding. In letters sent in early March to the League of Conservation Voters (LCV), Common Cause, and CREDO (available here), ALEC’s attorneys demanded that those organizations stop saying that ALEC denies climate change, and cease publishing allegedly false and misleading information.

ALEC’s move seems to have prompted Common Cause, CREDO, and a dozen allies to simply double down on their divestment campaign. On March 18, they registered alecclimatechangedenial.org, which now lays out the case against ALEC in one easy-to-digest website.

By late March, Common Cause and LCV had replied to ALEC’s demands (letters here; CREDO does not seem to have responded). Each organization declined to take down the webpages or retract the statements that ALEC asserted contained false information. LCV’s attorneys added that the ALEC letter “could be viewed as attempting to silence LCV under the threat of litigation.” They noted, with a touch of snark, that LCV was encouraged by ALEC’s support of model anti-SLAPP legislation, which aims to – in ALEC’s words – “encourage and safeguard public participation in civic society” and protect against abusive “lawsuits against those who express their views on matters of public concern.” As an example, LCV cited the anti-SLAPP law in the District of Columbia. Where, it so happens, ALEC is based.

This exchange of letters went public late last week, and has generated a wave of media attention. As the National Journal has observed, the letters tee things up for ALEC to bring a defamation lawsuit against its critics – though legal experts believe it would be very difficult for ALEC to prevail.

With ALEC’s critics refusing to back down, its corporate members running for the doors – T-Mobile left earlier this week – and its finances apparently in decline, it is unclear what better option it has left. If it backs down, it could be seen as conceding that its critics’ statements are justified. But if it sues, it would invite even more coverage of its controversial positions, and, even worse, potentially allow its opponents to use the discovery process to rifle through its internal files. And if ALEC were to let that happen, who knows what its critics might find?