The Legislation Law Prof Blog often features policy advocacy undertaken by law students around the nation.  Today, I'm excited to spotlight the work of my own students in Seattle University's new Homeless Rights Advocacy Project.  The students are releasing four cutting-edge policy briefs on the criminalization of homelessness in May; this Real Change article gives an excellent preview.  If you are interested in undertaking similar advocacy work at your institution, please feel free to contact me at rankins@seattleu.edu. 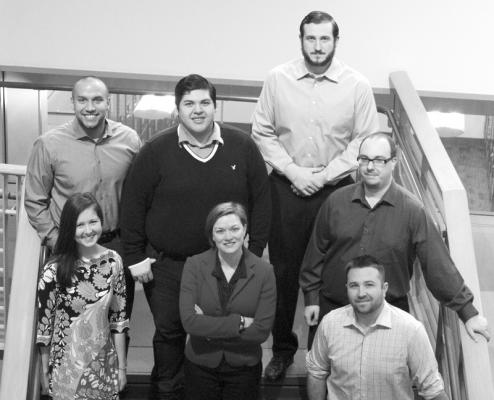 “There are some activities that are so fundamental to human existence that it defies common sense that they might be treated as crimes,” begins a 2014 report from the National Law Center on Poverty and Homelessness (NLCPH).

Yet the municipal codes of cities across the country prohibit sitting and lying on sidewalks, sleeping in cars, camping in public or having “offensive body odor,” as a recent Burien ordinance initially proposed.

A group of students at the Seattle University (SU) School of Law have undertaken the first comprehensive examination of Washington laws that they say criminalize homelessness and will release four policy briefs analyzing their results in May.

The leading professor on the project, Sara Rankin, minced few words about the purpose.

“Our goal is to support the repeal of these laws,” she said.

The briefs, she said, will offer concrete, empirical data that can be used as a “potent tool” for advocates aiming to overturn or prevent such laws. The research is part of the law school’s Homeless Rights Advocacy Project, created last fall at the Fred T. Korematsu Center for Law and Equality.

The argument behind the briefs is that criminalizing necessary, life-sustaining activities — such as sitting — violates civil and constitutional law and disproportionately affects those experiencing homelessness. The laws are often passed in the name of public safety, order and health.

“When you have no reasonable alternative but to do these things in public because you are without housing,” Rankin said, “these laws criminalize people for just living.”

Students spent last semester gathering vast amounts of data, issuing public records requests, conducting surveys and crunching numbers. Now, they are in the process of vetting their findings with experts in the field.

One brief, co-authored by student Justin Olson, surveys 72 Washington municipalities and charts every found nuisance and disorder law, looking at what behaviors are regulated and how they are enforced. The results are consistent with NLCPH research that shows a spike in these laws since 2011.

Rankin said she believes the overall increase in these laws is connected to negative public perception of homelessness and a visceral reaction to visible poverty.

“Part of the reason I’m so fueled to do this type of work is that in my own view, the plight of people experiencing homelessness is one of the least illuminated and least understood forms of civil rights violations in contemporary society,” she said. “It makes people very uncomfortable to be reminded of human desperation. We resent being confronted with it.”

More than half the surveyed cities criminalize camping and some form of panhandling, while nearly three-quarters of them criminalize sitting and lying on sidewalks. In Seattle, it is illegal to sit or lie down on a public sidewalk between 7 a.m. and 9 p.m. in areas such as downtown.

It’s a law, Rankin said, that she doesn’t see being enforced against SU students who sit on the sidewalk by the Starbucks across the street.

“That law isn’t meant for them,” she said.

Olson said one of the problems he sees in Seattle is a surge in the amount of jail time resulting from the Pedestrian Interference code, which prevents “obstruction of pedestrian or vehicular traffic” and “aggressive begging.”

Another problem is the downward spiral that occurs when a small civil infraction with a monetary penalty leads to jail time: Under the city’s municipal code, failure to respond to a civil citation within 15 days results in a misdemeanor. For someone experiencing homelessness, it can be difficult to respond and impossible to pay.

A second brief compares contemporary ordinances to historic discriminatory laws such as Jim Crow, Sundown Town and Washington’s 1875 anti-vagrancy act banning, “all persons wandering about and having no visible calling” and “habitual drunkards,” among others.

Though the language has shifted from criminalizing people to criminalizing behavior, students argue that the end effect is the same: to remove “undesirables” from public space.

A third brief delves into the intersection between marginalized groups, such as racial minorities and LGBTQ individuals, and homeless populations, while a fourth calculates the minimum cost of enforcing the ordinances in Spokane and Seattle, concluding that alternatives, even providing housing, would be cheaper.

The dream is that the impact of these briefs, once released, will stretch beyond state lines.

“We think these briefs will make an indelible mark on homeless rights advocacy,” Rankin said.

Olson said it has been exciting to see how many people across the country have taken notice of the students’ research and are pressing for the results. To him, it’s a sign that people recognize the problem and want the tools to change it.

Rankin said she thinks of the students as “poverty warriors,” because they feel compelled to do the work for reasons far beyond academic credit: “They are doing it because they are persuaded by the results of their own research.”