The Legislation Law Prof Blog is excited to announce a quarterly spotlight on a law student whose work in legislative advocacy, drafting, and/or policymaking warrants attention. If one of your students shows such dedication, please contact us so we can showcase the next generation of legislative and policy advocates!

The inaugural student spotlight gets kicked off today, with Michael Althauser and his work on juvenile justice in Washington State! 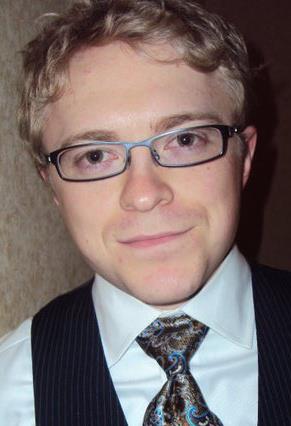 Michael is a third year law student at Seattle University School of Law. During Michael's time in law school, he has dedicated his studies to public interest service. As President of Seattle University's Public Interest Law Foundation, Michael works to ensure that students at Seattle University have the tools they need to be able to assist and represent under-served communities. Michael currently works at Columbia Legal Services as a Gates Fellow for the Children and Youth Project. Prior to this work, Michael worked as a legislative extern for Columbia Legal Services, advocating on behalf of low incomes communities in the Legislature. Before coming to law school, Michael was a spokesman for the Senate Democratic Caucus in the Legislature and worked on and managed numerous political campaigns. Here's Michael's blog on juvenile justice in Washington:

Until recently, WA ranked among the worst in the nation on protecting the legal rights of abused and neglected children in the foster care system. However, a dual legislation/litigation strategy may improve WA’s rank for the better.

Until recently, WA was one of the few states in the nation lacking a law appointing attorneys to represent foster children in legal proceedings. Only a handful of WA counties guaranteed representation for foster youth in court. This led to the ironic, and sad, situation where everyone in court arguing over the best interests of a child had an attorney…except the child herself.

Following mounting public pressure brought on by a series of high-profile stories by King 5’s Suzannah Frame (here and here), the WA legislature passed SB 6126 by unanimous votes in both the House and Senate this past session. The bill requires appointment of attorneys to represent children who have not been adopted following termination of their parents’ legal rights - mainly foster care children. The bill took effect July 1, 2014.

At the same time, for the first time in WA State’s history, an appellate court ruled that failure to appoint counsel to a foster youth violated that youth’s legal rights. In the case, In re the Dependency of J.A., the court found that the interest of J.A. in having legal counsel outweighed the court’s financial arguments and concerns.

Both these victories mark a momentous turn towards the positive for WA’s juvenile justice system.

Congratulations, Michael!  The Legislation Law Profs Blog looks forward to continuing to celebrate the passion and vision of our students.  Please let us know a student you'd like to spotlight in the next quarterly student spotlight.