Earlier this week, I asked for faculty to share examples of how they incorporate legislation into their courses.  Professor Jan M. Levine is in his thirtieth year of teaching legal writing and has more than two decades of experience leading legal writing and research programs. Before coming to Duquesne, Professor Levine directed the legal writing program at the Temple University School of Law for eleven years, the University of Arkansas School of Law, and the University of Virginia School of Law, and taught as an adjunct writing professor at his alma mater, the Boston University School of Law. Before going into full-time teaching, Professor Levine was a public interest attorney and counsel to two state agencies in Massachusetts.  A graduate of the State University of New York at Albany, and a member of Phi Beta Kappa, Prof. Levine has published many articles on legal research and writing and contributed several chapters to the second edition of the ABA Sourcebook on Legal Writing. Professor Levine was the founding president of the Association of Legal Writing Directors (ALWD); served three times as an elected member of the ALWD's board of directors; was a member of the board of directors of the Legal Writing Institute and the board of directors of SCRIBES, the American Society of Writers on Legal Subjects; and served as chair and member of the ABA Communications Skills Committee.  He is the winner of the 2014 Thomas F. Blackwell Award for Outstanding Achievement in the Field of Legal Writing and the 2014 Section Award from the Association of American Law Schools Section on Legal Writing, Reasoning and Research.  Here is Professor Levine's picture and post: 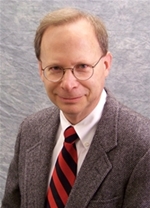 For more than two decades, at three law schools, I have been teaching an advanced legal writing course that builds upon the foundation created in the first-year writing courses and introduces students to new drafting skills, focusing on statutes and statutory drafting.  The final project in the course requires students to solve a personally-identified legal or quasi-legal problem by drafting a report and a statute, ordinance, regulation, procedural rule, or a similar solution.

This final project is rooted in my own experience as a public-interest advocate and state agency counsel.  I learned in practice that changing the rules was usually a better way to change the law than was litigation; most wide-ranging reforms come from drafting or amending statutes, by rewriting regulations, changing policy or procedure manuals, or writing similarly-structured “rules of the game.”  Even if law reform begins with litigation, implementing any resulting institutional or societal changes almost always requires systemic implementation by employing similar methods and documents.  Furthermore, it was apparent to me that few attorneys were good at this kind of work, although all lawyers, at some point in their careers, needed to be able to prospectively solve problems by employing such techniques.  I have seen the same thing in the law school context, where someone skilled at revising a law school’s rules can often play a huge role in institutional change.

That final course project constitutes half of the grade in the course and meets either the upper-level writing requirement (at least 7500 words) or the skills requirement.  Each student must offer an in-class presentation based on a draft of his or her project, prompting feedback and critique by the other members of the section and by me, which is followed by submission of a final background report and a final draft of the statute or other similar document.

Although students may come up with a final project on their own, I encourage them to seek out federal, state, or local officials, or special interest groups, and ask about their concerns; many have found government officials and interest groups very willing to work with them to help craft a draft of a statute or ordinance of benefit to the organization or individual that might actually make it into law.  Many students come into the course planning to address a problem which they had become aware of from work in the law school clinic, from a summer public interest or public service position, or from an externship.  Several times I have had state legislators, judges, and other persons from outside the law school come to class to hear the students’ final presentations.

My students have responded in an amazing way to this type of project by preparing papers that usually go far beyond their own expectations because they were personally invested in creating solutions to problems that vexed them.  Many of the projects have applied the techniques of plain-English legislative drafting in what we often think of as non-legislative contexts, such as rules governing sports.  Several projects have been enacted into law (or served as the basis for institutional change at the law school), many students have attended related legislative or local government hearings (some have testified), and others found their work mirrored by subsequent events.  Several projects have been published in law journals and a number of students found the final project the key to getting their “dream job.”

Here is a list of some of the projects prepared for this course: