Yesterday, I issued asked for others to share how they incorporate legislation into the classroom.  Today, the Legislation Law Prof Blog is featuring a guest blog from Kevin Hull, who teaches Legislative Drafting at the John Marshall Law School. Kevin's legislative background precedes his turn as law faculty:  Kevin worked for the 91st Illinois General Assembly, serving as Assistant Counsel to the House Speaker, handling issues including Redistricting, Gov. Ryan’s Death Penalty Commission Report, and the state’s response to the September 11th attacks. A graduate of JMLS, he currently advocates for American veterans and military families through his position as Executive Director of the Westside Institute for Science and Education at the Jesse Brown VA Medical Center in downtown Chicago. Here's Kevin's picture and post: 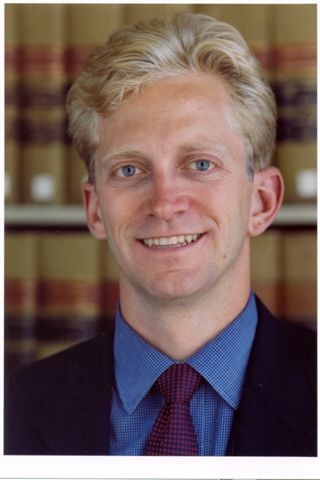 I’ve been teaching Legislative Drafting at my alma mater, The John Marshall Law School, since Fall 2007. While my work focuses on advocacy for our Veterans and military families, my vision for the course was to engage our on-site clinical operations to offer them resource support and collaboration in the policy impacting their crusading work. With Fair Housing, Immigration, Domestic Violence, Business+Entrepreneurship, and Veterans Benefits, among other channels, I planned to engage one clinic per semester to take ~three weeks of the full fourteen to fully cover an issue. Our lessons followed a formula I crafted: first, in-class remarks by legislators from all levels of government, seeking our students’ participation in an issue they wanted to champion; second, a full class discussing what was presented, review of applicable current laws and any proposed legislation, selection of a task to deliver back to the legislator, and agreement on a plan to execute that task; third, we’d present our findings, often with the students standing before their peers and invited guests to talk about their work.

Today I will share about when we welcomed Director and Professor Allison Bethel from the Fair Housing Legal Support Center and Clinic [jmls.edu/fairhousing/center]. At issue before the Commissioners of Cook County was the blatant discrimination levied against those presenting so-called “Section 8 Vouchers” to support their rent payments. In the City of Chicago, such discrimination used to be allowed. But if you crossed the street just months ago, and out of the city limits into Cook County, people hoping to rent apartments lost the City’s protection regarding Section 8 vouchers. In Cook County those landlords could refuse acceptance on account of the voucher alone.

One of the co-sponsors of the measure to remedy this inconsistency – both of law, and of conscience – was Larry Suffredin, one of my mentors from my time on staff in Springfield, who also serves as the lead lobbyist for the Chicago Bar Association. His general counsel joined our class and was absolutely terrific. We talked for longer than I expected about procedural strategy, causing my students to really engage on how the commissioner could successfully pass this much-needed change.

As a basic and founding tenet of my class, I leave it for the students to decide what issue they address. We usually have three to choose from, as identified in class, or sometimes the lone issue is so complex we divide into sub-sections and the students then decide from those options. I rarely ever assign them all the same thing and feel this approach is an effective way to allow all types of student to really engage—the quiet/timid may not fully enter a class yet may have the most to gain, so I pay particular attention to the intra-semester dynamics to ensure my class design adapts to every student in some way before fourteen weeks expire. With a maximum of ~fifteen, I approach each new batch with the confidence that I have to try and pull it off... again!

Back to the Section 8 discrimination. Procedurally, the sponsor had only a handful who verbally said they’d support the initiative, with seventeen total in the body so nine needed for passage. In class, we discussed interest groups both for and against the measure, and researched statistics on prevalence of practice, as well as other jurisdictions for comparative analysis of trends, etc. A good deal of that was expected of the student before the next class period, allowing those who achieved the information to help lead the class discussion, boosting senses of confidence, role+relevance, and self-purpose/potential a great deal each semester—it is an empowering dynamic, to be sure, and one you cannot take lightly as you will likely gain a mentee through the experience, with years of continued encounter and potential collaboration to follow.

At the end of the class session our task was to present alternatives the commissioner could consider on how to pass the ordinance. As we discussed during the next week’s class, the students remarked they had never been more engaged in a law school class than ours. They shared how they were using their core curriculum learning in real-world application—a hallmark of my alma mater in preparing students for the actual practice of law, even policy. By following my formula, the students had a roadmap for their learning, affording them the opportunity to feel comfortable in the class environment, to thus bring forth their ideas with confidence.

UPDATE: In summer 2013, the good commissioners of Cook County passed the measure we had discussed the previous autumn [one of the sites tracking--link here], to bring the County in line with the City and thereby disallow discrimination based on Section 8 housing choice vouchers.

I had a few students—now graduates practicing law—write to me to say they had seen the news and included personal remarks about how important my class was to their learning. I filed those messages in a special folder I keep from my former students who, years later, wish to send similar such sentiments with me about how my class impacted them.