Transnational Conference on the Future of Legal Education

This may be the longest legal education conference in history.  The "Transnational Conference on the Future of Legal Education, the Practice of Law, and the Judiciary" has lots of content of interest to legal writing professors. We've just watched an engaging and informative presentation by LWI President Kim Holst, Professor Lurene Contento, and Professor Janet Dickson on teaching persuasion in an online environment.

The conference is organized and hosted by Bahçeşehir Üniversitesi in Istanbul, Atlanta's John Marshall Law School, and the Mitchell Hamline School of Law. It's being held from February 9-12 and February 15-18, 2022 on zoom. And it's free.

Click here for more information about the conference schedule and how to access the presentations each day.

Hat tips to Bahçeşehir Üniversitesi, Professor Kathleen Burch, and to the many presenters over these two weeks.

ALWD-LWI Scholarship Grant Applications are due on February 22, 2021.

Legal Writing Professors and AALS Sections of the Year

The Association of American Law Schools has 104 sections. The Section of the Year award is granted to one or two of the 100+ AALS Sections each year in recognition of excellence in member support and other activities that promote AALS’s core values, including annual meeting programming, facilitating outstanding scholarship, providing teaching support and course materials, community/pro bono service, engagement with the bar and bench, mentoring programs, expanding membership and member engagement, creative use of technology, and more.

We were reminded that both of those winning sections have officers and executive committee members heavily populated by legal writing professors.

Of the four members of the executive committee of the Associate Deans' Section, three are LRW professors.  Mary Algero is the chair, Michael Higdon is the chair-elect, and Mary-Beth Moylan is a member of the board.  The Balance in Legal Education executive committee is much larger, but it also has its share of LRW folks, including Rosie Lozada (chair-elect), and members Kathy Elliott Vinson and Rebecca Scharf.

Congratulations and thank you to all of the legal writing professors serving on AALS Section Committees.

Chicago-Kent College of Law seeks an energetic, innovative, and experienced teacher to direct its Bar Success Program. The Director will design and implement bar-related programming and will be responsible for monitoring, developing and enhancing a complete Bar preparedness program for Chicago-Kent Students.

The Director will assume leadership of a program that has already developed several classes and strategies to facilitate bar preparedness. Chicago-Kent is committed to enriching and streamlining its current program by hiring someone who can work fulltime on bar preparedness efforts. The Director will work closely with faculty and staff (particularly the Director of Academic Skills, the Dean for Student Affairs and the Director of Legal Writing and the faculty currently working on bar readiness) to provide tailored assistance for at-risk students including advising, coaching, instruction, and referrals to resources; develop and present programming for all JD students concerning bar readiness; offer bar-related advising and support to individual students on matters such as character and fitness concerns or course selection; and track relevant data related to bar passage and other academic success metrics. Scholarly writing, especially on topics related to teaching and learning, is welcome but not required.

The University of Washington is Hiring

The University of Washington School of Law invites applications for a full-time Assistant or Associate Teaching Professor to teach the first-year Legal Analysis, Research & Writing course (LARW) with an anticipated start date of September 16, 2021.

Legal writing courses at UW Law are taught by a team of dedicated and experienced faculty who stress collaboration and innovation. In collaboration with the LARW team, the successful candidate will develop curriculum that is consistently improved with new discoveries and learning outcomes. Assistant/Associate Teaching Professors will also engage in service and are encouraged to pursue scholarship publication.

This is a fixed-term appointment on a 9-month basis with the initial term expected to be (3) years from date of hire with reappointment decisions thereafter. This is a non-tenure eligible position and reappointment is contingent upon performance, instructional needs and funding.

Some Helpful Websites and Other Resources to Improve Your Writing

On his "Law Practice Tips" blog, Michael Goldblatt has collected a smattering of suggested books and websites that writers can use to improve their writing.

We're happy to congratulate the new officers and executive committee members of the Association of American Law Schools Section on Post-Graduate Legal Education.

NORTHERN ILLINOIS UNIVERSITY COLLEGE OF LAW invites applications for an anticipated opening for an entry-level tenure-track faculty position beginning August 2021. Duties include engaging in high quality research and teaching, as well as being an active participant in law school and university service. Applicants must hold a J.D. degree from an ABA accredited law school, or a foreign law school equivalent, and must provide evidence of the potential for engaging in high quality research and teaching.

The law school will consider candidates with a broad range of teaching and research interests, but the successful candidate will be expected to teach at least one first-year course (which may include Constitutional Law I: The Federal System). Our upper-level needs include, but are not limited to, Business Law, Commercial Law, Criminal Law and Procedure, Tax, Trusts and Estates, and skills courses. Applications are encouraged from women, members of minority groups, and others whose background and experience would contribute to the diversity of the law school community.

If you wish to apply, please go to the position posting at the NIU applicant tracking system at https://employment.niu.edu/postings/55269 where you will find a full description of the position (including preferred qualifications) along with a list of documents you will need to submit for the search committee’s consideration.

Please direct questions to the search committee chair, Professor Marc Falkoff, at mfalkoff@niu.edu, or to Tita Kaus, Administrative Assistant to the Dean, at 815-753-1068 or tkaus@niu.edu. For full consideration, applications should be received by March 1, 2021. 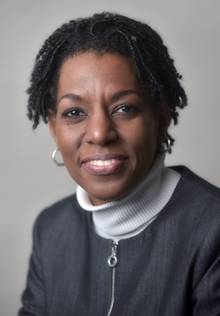 February 1 is Rhea Ballard-Thrower's first day as University Librarian and Dean of Libraries at the University of Illinois at Chicago (UIC).

At UIC, Dean Ballard-Thrower will also hold the rank of Professor in the University Library and will hold an affiliate faculty position at the UIC John Marshall Law School. 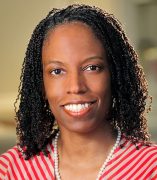 The Association of Legal Writing Directors and the Legal Writing Institute presented the 2021 Thomas F. Blackwell Memorial Award for Outstanding Achievement in the Field of Legal Writing to Professor Teri A. McMurtry-Chubb of the University of Illinois Chicago School of Law.

Professor McMurtry-Chubb researches, teaches, and writes in the areas of critical rhetoric, discourse and genre analysis, and legal history. She has lectured nationally on structural discrimination in educational institutions and the workplace and is a leader in designing curricula to facilitate diversity, equity, and inclusion efforts.

Professor McMurtry-Chubb is a past president of Association of Legal Writing Directors and has served as a mentor for countless members of the legal research and writing community. She is the author of several books, book chapters, and articles. She is a past recipient of the Legal Writing Institute's Phelps Award for Scholarship in Legal Communication, an award presented annually to a person who has made an outstanding contribution to improve the field of Legal Writing by demonstrating (1) an ability to nurture and motivate students to excellence; (2) a willingness to help other legal writing educators improve their teaching skills or their legal writing programs; and, (3) an ability to create and integrate new ideas for teaching and motivating legal writing educators and students.

Professor McMurtry-Chubb has taught at Loyola Law School-LA, California State Polytechnic University at Pomona, the University of Iowa, Des Moines Area Community College, Drake University School of Law, and Fairhaven College of Interdisciplinary Studies at Western Washington University. While at Fairhaven College, she served as an Assistant Professor of Law and Hegemony Studies, and was the co-founder and first director of Fairhaven’s Center for Law, Diversity and Justice.

She was a Civil Litigation Associate at a mid-sized law firm in Des Moines, Iowa. When she joined the firm, she was the first person of color ever to be hired there and one of two African-American women in the entire state of Iowa in private practice. She practiced in the areas of insurance defense, employment discrimination, and employee benefits. Before entering private practice, McMurtry-Chubb became the first African-American woman hired as a law clerk for the Fifth Judicial District of Iowa.

The Blackwell Award honors the memory of Thomas Blackwell, a legal writing professor at the Appalachian School of Law in Grundy, Virginia.  He was one of three people killed at the law school on January 16, 2002, when a former student opened fire at the school with a handgun. Tom's widow Lisa participates annually in the award ceremony and did so again this year.

Recognizing the contributions that Tom Blackwell made to the legal writing community, the Blackwell Award is presented annually to a person who has made an outstanding contribution to improve the field of Legal Writing by demonstrating:

Previous winners of the Blackwell Award include:

The 2021 award presentation was the first virtual presentation of the award. Legal writing professors and friends joined the event from across the United States.