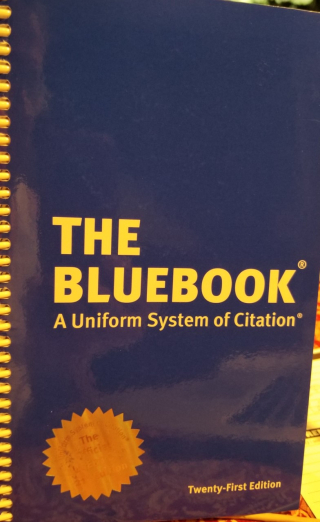 Previous editions of the Bluebook did not require authors to indicate that a Restatement was published by the American Law Institute. Every legal researcher knows that, and it's frankly silly to require legal citations now to include that information.

Here's what the 21st edition of The Bluebook requires on page 20:

The 21st edition also contains what we're going to call a "Bluebook Blooper." Page 131 of the current edition of the Bluebook contradicts what's on page 20, and requires this instead:

Perhaps there's some mysterious justification for requiring "Am. Law Inst." on one page and "Am. L. Inst." on another. But we'd like to remind the Bluebook editors that earlier editions instead just required the year, because everyone knows that the Restatements are published by the American Law Institute.