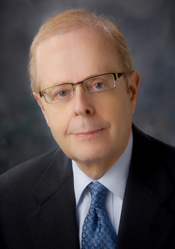 The Kimble Center is intended to serve both an academic and public-service function. Academically, it will teach research and drafting to interested students through directed studies. As a public service, the Center will develop consumer-friendly forms for public use and also offer free drafting seminars for practitioners. Every seat was taken at the inaugural legal-drafting seminar for the Kimble Center for Legal Drafting, held on November 1, 2019 at WMU-Cooley's Lansing campus and through distance education at their other campuses.

Professor Kimble was a staff attorney for the Michigan Supreme Court and the Michigan Court of Appeals. He later practiced law in Flint, Michigan, and was an adjunct professor at WMU–Cooley. He joined the full-time Cooley faculty in 1984.

He is senior editor of The Scribes Journal of Legal Writing and the longtime editor of the "Plain Language" column in the Michigan Bar Journal. He also writes an editing column called “Redlines” for Judicature. He has published dozens of articles on legal writing and written three popular books — Lifting the Fog of Legalese: Essays on Plain Language; Writing for Dollars, Writing to Please: The Case for Plain Language in Business, Government, and Law; and Seeing Through Legalese: More Essays on Plain Language. He has lectured on writing to legal organizations in the United States, Canada, Europe, Mexico, Australia, New Zealand, and South Africa. He served as a drafting consultant to the Sixth Circuit Committee on Pattern Jury Instructions and the Michigan Committee on Standard Criminal Jury Instructions. He now serves as the drafting consultant to the Committee on Rules of Practice and Procedure of the Judicial Conference of the United States. He led the redrafting of the Federal Rules of Civil Procedure and the Federal Rules of Evidence. 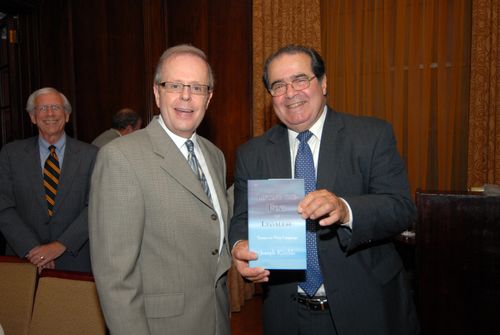 Professor Kimble is also a past president of the international organization Clarity, served as the executive director of Scribes (the American Society of Legal Writers), is a founding director of the Center for Plain Language, and was on the board of the Legal Writing Institute. In 2000, he was named a "Plain English Champion" by the Plain English Campaign, in England. He is one of the first persons to receive that award. In 2007, he won the first Plain Language Association International Award for being a "champion, leader, and visionary in the international plain-language field." He has twice won a prestigious Burton Award for Reform in Law — in 2007 for his work on the Federal Rules of Civil Procedure, and in 2011 for his work on the Federal Rules of Evidence. In 2010, he won a lifetime-achievement award from the Section on Legal Writing, Reasoning, and Research of the Association of American Law Schools. In 2015, he received the John W. Reed Lawyer Legacy Award from the State Bar of Michigan. And in 2017, Scribes created the Joseph Kimble Distinguished Service Award. 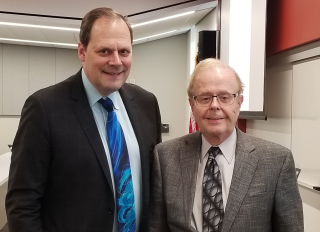 Professor Kimble taught Research & Writing and Advanced Research & Writing. He developed the original course for Introduction to Law I. He is now senior director of WMU–Cooley's Kimble Center for Legal Drafting.

He is a past recipient of Section Award from the Association of American Law Schools' Section on Legal Writing, Reasoning, and Research.

Professor Kimble is pictured above with the late Justice Antonin Scalia, who is holding a copy of one of Joe's books. He's also pictured at right with Professor Mark E. Wojcik, President of Scribes--The American Society of Legal Writers.

Further information about the Kimble Center is available by clicking here.