The Tenure Committee at Southern University Law Center in Baton Rouge, Louisiana has voted to recommend to SULC's Chancellor that Angela A. Allen-Bell, Regina L. Ramsey, and Wendy K. Shea, who are currently associate professors of legal analysis and writing, receive immediate tenure and the title of Associate Professor of Law. The SULC Chancellor announced that he would recommend their tenure to the board of supervisors in March. The tenure committee also voted to award an endowed professorship to Wendy Shea. 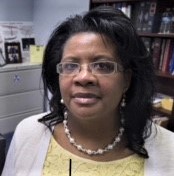 Professor Angela A. Allen-Bell is a native of New Orleans, Louisiana and a 1998 graduate of the Southern University Law Center in Baton Rouge, Louisiana. Prior to entering law school, she served as a Program Director for the National Council of Negro Women of Greater New Orleans. After law school, she spent ten years working at an appellate court and, in this capacity, gained an expertise in appellate law. In 2008, she left the judiciary and began her career in academia as a law professor. Professor Allen-Bell frequently lends her time to causes involving social and/or restorative justice, criminal justice reform and prisoner reentry. She is regular speaker to community groups and professional organizations. Her topics range from motivational messages to diversity and cultural competency talks to presentations about social, restorative or criminal justice and/or constitutional, civil or human rights issues. She has the distinction of having worked on several historic advocacy campaigns, such as the Angola 3 case, the case of Soledad Brother John Clutchette and the abolishment of Louisiana’s non-unanimous jury law.