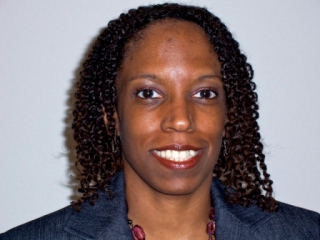 The Lawyering Skills Program at The John Marshall Law School announced that Professor Teri McMurtry-Chubb will be a distinguished visitor during the 2019-20 academic year.

During her year-long visit, Professor McMurtry-Chubb will teach two of the courses in JMLS’s required four-semester LS curriculum, including Lawyering Skills I.  She will also teach a seminar in Critical Race Feminism, a special master class in legal writing, and two pedagogy workshops for JMLS faculty.

Prof. McMurtry-Chubb is Professor of Law at Mercer University, Walter F. George School of Law where she researches, teaches, and writes in the areas of discourse analysis, genre analysis, and legal history.  She has lectured nationally on structural workplace discrimination, disproportionate sentencing for African Americans, racial and gender inequalities in post-secondary education, and African diasporic cultural forms. She is the author of Legal Writing in the Disciplines: A Guide to Legal Writing Mastery (Carolina Academic Press 2012) and contributed to Feminist Judgments: Rewritten Opinions of the United States Supreme Court (Cambridge University Press 2016).

Professor McMurtry-Chubb is also a member of the Board of Directors of Scribes--The American Society of Legal Writers.

Before entering the legal academy, Professor McMurtry-Chubb practiced in the areas of insurance defense, employment discrimination, and employee benefits involving the Employee Retirement Income Security Act.  She was the first person of color to join her former law firm in Des Moines, Iowa.  She was the first African American woman law clerk for the 5th Judicial District of Iowa. In 2016, she was the first woman of color to serve as President of the Association of Legal Writing Directors.

Professor McMurtrty-Chubb is the second distinguished legal writing visitor to be hosted at The John Marshall Law School. The inaugural visitor was Professor Sophie Sparrow of the University of New Hampshire School of Law.

Hat tip to Kim Chanbonpin (Director of the Lawyering Skills Program at The John Marshall Law School and Immediate Past President of the Legal Writing Institute).