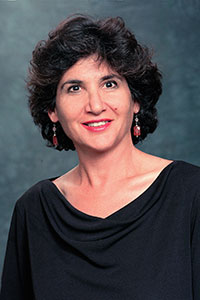 We'd like to take the opportunity to celebrate legal writing colleagues who are retiring after years of service to the academy.

Before joining the faculty at California Western School of Law in 1999, Ruth was a trial attorney and spent seven years as a prosecutor in Los Angeles and then in San Diego. While in Los Angeles, she was instrumental in starting the Domestic Violence Unit, which became a model for other prosecution agencies in California. In San Diego, she successfully prosecuted murder, robbery, child-molesting, and other felony cases. She spent the next ten years as trial counsel for several San Diego municipalities, specializing in employment and tort law.

Throughout her career as a trial lawyer, she taught as an Adjunct Professor at several San Diego area law schools, served as a Judge pro tempore in San Diego, and provided legal commentary for Public Radio and commercial television. She kept an active pro bono practice representing students in disciplinary matters and was the substitute counsel for the San Diego County Civil Service Commission.

In addition to her regular teaching, she taught in summer law programs in Malta, England, Ireland, and the Czech Republic. She also presented at regional and international conferences such as the Global Legal Skills Conference.

The Calfornia Western Student Body Association selected her as the Outstanding Faculty Mentor in 2011, a role she cherished throughout her legal career.

Congratulations to Professor Ruth Hargrove on her retirement from the California Western School of Law.