Mel Weresh Named as the 2017 Recipient of the Thomas F. Blackwell Memorial Award for Outstanding Achievement in the Field of Legal Writing 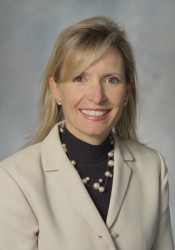 The Association of Legal Writing Directors and the Legal Writing Institute are proud to announce that Professor Mel Weresh of Drake University Law School is the winner of the 2017 Thomas F. Blackwell Memorial Award for Outstanding Achievement in the Field of Legal Writing.

This Blackwell Award is one of the most prestigious awards in legal writing. The Boards of the Legal Writing Institute (LWI) and the Association of Legal Writing Directors (ALWD) jointly created this distinguished award to honor the life of Thomas Blackwell, a professor at Appalachian Law School who was one of three people murdered at the law school in 2002 by a deranged student. To honor Tom's memory and his commitment to legal writing education, the award is presented annually to a person who has made an outstanding contribution to improve the field of legal writing by demonstrating: 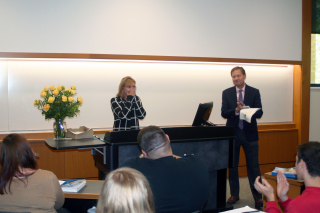 She is also the 2009 winner of the Warren E. Burger Prize of the  American Inns of Court, a writing competition designed to promote scholarship in the areas of professionalism, ethics, civility, and excellence.

The Blackwell Award Reception will be held during the Annual Meeting of the Association of American Law School, at the Hilton San Francisco Union Square, on Wednesday, January 4, 2017, from 8 to 10 p.m.

The previous winners of the Blackwell award are:

Thomas Blackwell was particularly fond of lightbulb jokes. For example:

"How many legal writing professors does it take to change a lightbulb?" Answer: "We wish that we had the resources to change the lightbulb."