Share
Two new visiting assistant professors have have joined the legal writing faculty at Chicago-Kent College of Law. They are Melina Healey and Anthony Michael Kreis.

Melina joins Chicago-Kent from Loyola University Chicago School of Law, where she has been a Teaching Fellow since 2014. She has taught both a clinic with an associated seminar and a doctrinal class. The clinic pertained to child law-related policy and legislative projects. Her doctrinal class centered on child welfare and education and juvenile law. She received her J.D. from N.Y.U. School of Law. Her scholarship area is federal and tribal criminal justice policy; for the past five years she has worked with the tribes of the Fort Peck Reservation in northeastern Montana.

Anthony joins Chicago-Kent from the University of Georgia’s School of Public and International Affairs, where he just completed his Ph.D. He received his law degree from Washington and Lee University. He taught several undergraduate classes at the University of Georgia and won four teaching awards. His scholarship areas are political science and public administration, and he has recently written about marriage equality issues and comparative judicial efficiency.
Hat tip to Elizabeth De Armand at Chicago-Kent College of Law.
(mew) 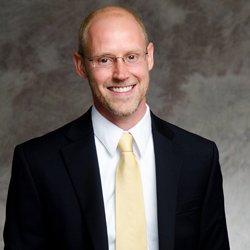 Rhetoric Society of America to Hold 2017 Summer Institute and Workshops

The Rhetoric Society of America will hold its 2017 Summer Institute in Bloomington, Indiana, from Monday, May 22 through the morning of Thursday, May 25, and workshops from the afternoon of Thursday, May 25 through noon on Saturday, May 27, 2017. To attend the Institute you must apply (and be accepted) into a seminar, workshop, or both. Because they do not overlap, you may apply to both seminars AND workshops

Applications can be found online at http://associationdatabase.com/aws/RSA/pt/sp/institute_application. The application deadline is October 1, 2016. Acceptances will be announced by December 2016. The registration deadline will be April 1, 2017.

The Institute Workshops will feature a workshop on academic publishing led by the immediate past editor of the Quarterly Journal of Speech and the current editor of Rhetoric Society Quarterly, and a wide array of topical workshops on argumentation, the archive, animal rhetoric, computational rhetoric, decolonizing rhetoric in the 21st century, disability rhetorics, rhetoric and environmental justice, rhetoric and the scientific object, rhetoric and sport, non-western rhetorical traditions, cinema and social movement, sonic rhetoric and much more.

Spring is a beautiful time of the year in Bloomington. The Indiana University campus is a short walk from Kirkwood Avenue where Bloomington features a wide array of ethnic cuisines. The Art Museum, designed by I. M. Pei holds an incredible collection of art, and the Lilly Rare Book library holds a wide collection of rare books and special holdings, including a Gutenberg Bible (you can actually touch it you like!), the original manuscript for Jack Kerouac’s On The Road, and some of Kenneth Burke’s letters (for you Burkophiles out there).

For more information you can visit the website or contact John Louis Lucaites, Director of the RSA Summer Institute, at RSA2017@indiana.edu.

We've been asked to review Juritool (http://juritool.com/) to see how it compares to other legal research tools. Do any of you who use Juritool have thoughts to share about your experience?

Your Scrabble Word of the Day: Syzygy

"Syzygy" is a straight-line configuration of three celestial bodies within the same celestial system, such as during a solar or lunar eclipse. It's pronounced /siz-ә-jee/.

Early bird registration is now open for the 2017 Annual Meeting of the Association of American Law Schools in San Francisco in January. Visit http://www.aals.org/am2017/registration/ for more information and to see the full dance card of events.

In a nice little post on Above the Law earlier today, contributor Mark Herrmann nicely summarized a skill that so many students tend to struggle with -- the degree of approximation necessary (and appropriate) when dealing with facts in court documents. I've often found it difficult to explain to students why the middle initial of the plaintiff is not necessarily a relevant detail in most circumstances (but could be in others).  Herrmann's post provides a quick, concise insight into the problem. I look forward to directing students struggle with fact relevance to this post in the future!!

What's a Researcher to Do?

As part of our commitment to transparency, I wanted to alert you to some errors related to publishing cases in Westlaw® and our print volumes that we have now corrected.

In March, Thomson Reuters became aware that small portions of text were missing in a number of new cases posted to Westlaw due to the introduction of an upgrade to our PDF conversion process in November 2014. We immediately conducted an investigation, which revealed that approximately one-half of one percent (0.5%) of total decisions added to our collection during this period were affected by these issues. We have now corrected those cases on Westlaw and we will be shipping replacement print volumes to all affected customers as soon as possible. We will work closely with those customers to minimize any disruption.

Our analysis of the cases found that none of these issues resulted in any change to the meaning of the law. To provide clarity, we are posting examples of the issues, as well as a listing of all corrected cases, here. We will post all affected cases with corrections highlighted within the text.

Additional details and answers to common questions can be found here. If you have questions, please contact your sales representative or Thomson Reuters Customer Service at 1-800-249-9378.

We are very aware of our crucial role in supporting the U.S. legal system, and there is nothing more important to us than delivering the best possible solutions and customer service to you. Please accept our apologies for our errors. We are very sorry for the inconvenience.

Although this message was undoubtedly embarrassing for Thomson Reuters, we commend their investigation of the problem, the openness of their message, and their ultimate response: to correct the electronic versions of cases and to print replacement volumes of the reporters.
Here's a link to a list of corrected decisions.
Hat tip to Ann Schwing.
(mew)

The Library of Congress is the world’s largest library, offering access to the creative record of the United States – and extensive materials from around the world – both on site and online. It is the main research arm of the U.S. Congress and the home of the U.S. Copyright Office. Explore collections, reference services and other programs and plan a visit at loc.gov, access the official site for U.S. federal legislative information at congress.gov and register create works of authorship at copyright.gov.

Last month the United States Senate confirmed Dr. Carla D. Hayden as the 14th Librarian of Congress. She was approved for a renewable 10-year term. The vote was 74-18.

Dr. Hayden was nominated by President Barack Obama in February. She was the longtime chief executive of the Enoch Pratt Free Library system in Baltimore and a former president of the American Library Association. She's also the first woman and the first African-American to head the Library of Congress.

"This is truly a great honor to be nominated by President Obama and confirmed by the U.S. Senate to lead the nation’s library, the Library of Congress," Dr. Hayden said. "It has been my privilege to serve the citizens of Baltimore for 23 years and help restore the Enoch Pratt Free Library as a world-renowned institution. I look forward to working with the dedicated staff of the Library of Congress. I will be honored to build on the legacy and accomplishments of my predecessors in this position, to be part of a continuing movement to open the treasure chest that is the Library of Congress even further and to make it a place that can be found and used by everyone."

Dr. Hayden takes the helm from Acting Librarian David S. Mao, who has served since the retirement of Dr. James H. Billington on September 30, 2015.

Dr. Hayden has recently overseen the renovation of the central branch of the Enoch Pratt Free Library, a four-year, $112 million project, and has also led $40 million in renovations to other units within the 22-branch Pratt system. The system is named for the businessman and philanthropist who financed its founding in 1886.

She took the helm of the Baltimore system in 1993, winning strong praise for her work to ensure that the city’s library system offers a broad array of services to assist citizens from all walks of life, from access to books and other learning materials to computer access and job information. A program of outreach into neighborhoods served by the Pratt libraries included after-school centers for teens, offering homework assistance and college counseling; a program offering healthy-eating information for residents in areas with insufficient access to high-quality food; programming in Spanish; establishment of an electronic library, and digitization of the Library’s special collections.

Dr. Hayden first served as a children’s librarian in the Chicago Public Library system, eventually rising to the post of deputy commissioner and chief librarian in that system. She also taught Library and Information Science at the University of Pittsburgh. She received Library Journal’s 1995 Librarian of the Year Award, and served as president of the American Library Association 2003-2004.

Dr. Hayden received a B.A. from Roosevelt University and an M.A. and Ph.D. from the Graduate Library School of the University of Chicago.

(Adapted from a press release from the Library of Congress)