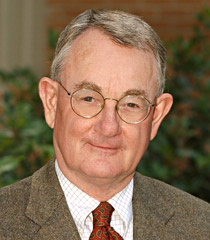 We bring the sad news of the death of Professor Richard C. Wydick of the University of California at Davis School of Law. His book, Plain English for Lawyers, published by Carolina Academic Press, sold more than a million copies and was a standard text for many American lawyers and law students.

Professor Wydick joined the UC Davis Law School faculty in 1971, and was a fixture at King Hall until his retirement in 2003, teaching Evidence, Antitrust Law, Professional Responsibility, Advanced Legal Writing, and “what’s now called Intellectual Property, though it used to be called Patents, Trademarks, Copyrights, and Unfair Competition,” he said.

In recognition of his contributions to legal writing, Professor Wydick received the Golden Pen Award from the Legal Writing Institute and a lifetime achievement award from Scribes--The American Society of Legal Writers.

He was a Board Member of Scribes and a member of the American Law Institute.

Professor Wydick died on May 11, 2016. We extend our sympathy to his family, friends, former students, and colleagues.