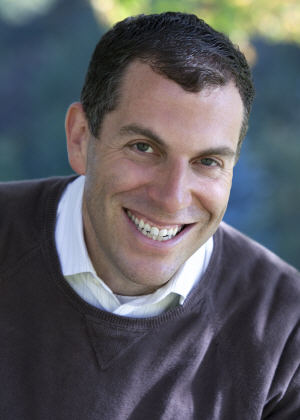 The Legal Writing Institute (LWI) announced that Ross Guberman is the recipient of the 2016 Golden Pen Award. The author of three books, Point Made, Deal Struck, and Point Taken, Guberman is known around the world as an expert and advocate for better legal writing.  The award will be presented during the 2016 Biennial Conference of the Legal Writing Institute, July 10-13, 2016, in Portland, Oregon. 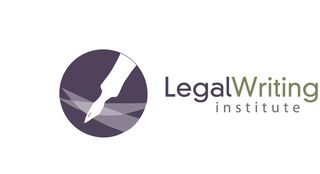 The LWI Awards Committee recommended Guberman for the 2016 Golden Pen to recognize his significant contribution to advancing the cause of legal writing.  In addition to his books, he gives legal writing seminars around the world.  Guberman’s nominator noted that his “work is . . . targeted at improving the writing of everyday lawyers. Ross’s techniques aren’t esoteric; they’re easy to understand, they can be implemented quickly and easily, and they greatly improve the quality of writing.”  The members of the LWI Awards Committee have used his books in their teaching, and know many other legal writing teachers who have done the same.  The LWI Board unanimously approved this recommendation.

The Golden Pen Award honors those who make significant contributions to advance the cause of better legal writing.  These contributions may take any form, such as promoting the use of clear language in public documents, improving the quality of legal writing instruction, advocating for better writing within the legal community, outstanding scholarship or journalism about legal writing or legal topics, or exceptional writing in law practice.  The award is normally given to someone who is not an active member of LWI, but active members are considered in exceptional circumstances.

In the ABA’s Appellate Issues on-line magazine, Wendy McGuire Coats wrote that in Point Made, “Guberman has assembled example after example of creative, clever, clear, common-sense legal writing.  He’s compiled in one book the great writing that will cause a legal writer to sigh, ‘I wish I'd written that.’  But he did not stop there.  Guberman has written a useable handbook that will aid the writer in crafting similar envy worthy moments of argument . . . Guberman’s techniques provide immediate ways to improve, tighten, and enliven the language and persuasive force of your prose.”

Guberman is a Professorial Lecturer in Law at the George Washington University Law School, where he teaches a seminar on drafting and writing strategy.  He also provides seminars throughout the United States and internationally.

Previous recipients of the Golden Pen award are Arthur Levitt, Chair of the Securities and Exchange Commission; Don LeDuc, Dean of the Thomas Cooley Law School; Linda Greenhouse, Supreme Court correspondent for the New York Times; the late Honorable Robert E. Keeton of the United States District Court for the District of Massachusetts; Richard Wydick, Professor at the University of California at Davis School of Law; the Honorable Ronald M. George, the Honorable Carol A. Corrigan, and the Honorable James D. Ward, Justices of the Supreme Court of California and the California Court of Appeal; the Honorable Ruggero J. Aldisert of the United States Court of Appeals for the Third Circuit; the National Association of Attorneys General; William C. Burton, Esq.; George Gopen, Professor of the Practice of Rhetoric in the English Department at Duke University; Jeffrey Rosen, Professor of Law at The George Washington University and President and Chief Executive Officer of the National Constitution Center; Ken Adams, author; and Judge Michael A. Ponsor of the U.S. District Court for the District of Massachusetts.