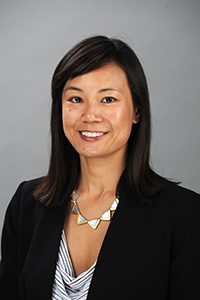 Professor Kim Chanbonpin, President-Elect of the Legal Writing Institute, has been named as the new Director of the Lawyering Skills Program at The John Marshall Law School in Chicago.  The previous director, Professor Anthony Niedwiecki, was recently promoted to be Associate Dean for Academic Affairs.

Professor Chanbonpin joined the John Marshall faculty in 2008. She received her bachelor's degree in English literature from the University of California at Berkeley and her J.D. from the University of Hawaiʻi at Mānoa, William S. Richardson School of Law, graduating cum laude with a certificate in Asian-Pacific Legal Studies. After law school, she was a law clerk to the late Judge John S.W. Lim of the Intermediate Court of Appeals in Honolulu. Professor Chanbonpin also earned an LL.M., with distinction, and a Certificate in National Security Law at the Georgetown University Law Center. While in Washington, D.C., she was a Short-Term Consultant at the World Bank.

Professor Chanbonpin is a member of the State Bar of California, and has been involved in several pro bono publico cases litigating a variety of legal issues, including post-conviction relief, Violence Against Women Act (VAWA) self-petitions, and police brutality claims. In September 2012, she was appointed to a two-year fellowship under the Illinois State Bar Association's (ISBA) Diversity Leadership Council. She sits on the ISBA's Criminal Justice Section Council. In addition to being President-Elect the Legal Writing Institute, she also serves on the Board of Governors for the Society of American Law Teachers (SALT).

Before coming to John Marshall, Professor Chanbonpin was a Westerfield Fellow at Loyola University New Orleans College of Law. During her fellowship, she taught National Security Law and Civil Liberties, Legal Research and Writing, and Appellate Advocacy.

Professor Chanbonpin teaches Lawyering Skills, Criminal Law, Torts, Gender Race and Class, and National Security Law. She also taught Introduction to the U.S. Legal System to LL.M. students in China's State Intellectual Property Office. Her scholarly writing considers redress and reparations law, policy, and social movements in the United States. In a 2011 article, she proposed the Inclusive Model for Social Healing, a new paradigm for understanding reparations projects. This model draws on anti-subordination and narrative principles rooted in LatCrit and Critical Race Theory scholarship, and is a part of the School of the Art Institute Sullivan Gallery's 2012 exhibition, "Opening the Black Box: The Charge is Torture." Her work on the law's power to exclude and to include continues in her 2013 article in the U.C. Irvine Law Review.

She is a contributor to the SALT Law blog, and her scholarly work has appeared in the U.C. Irvine Law Review, the Northwestern Journal of Law & Social Policy and the Mercer Law Review.