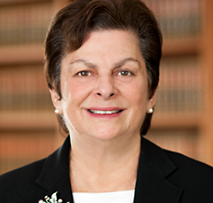 Professor Marilyn Walter of Brooklyn Law School was announced as the 2015 recipient of the Burton Award for Contribution to Legal Writing Education. She will receive her award at the Library of Congress in Washington D.C. on June 15, 2015.

Professor Walter joined the LRW community in 1976 when she taught legal writing at New York University. In 1980, she became the director of Brooklyn Law School’s program. She has been a leader in the field of legal writing for nearly four decades.

Her book (coauthored with Professors Helene Shapo and Elizabeth Fajans), Writing and Analysis in the Law, is a widely used first-year legal writing text. She is also the co-author of the first edition of the Sourcebook on Legal Writing Programs.  She recived the 2005 Association of American Law School Legal Writing Award in recognition of her “pioneering leadership, extraordinary vision, and outstanding service.” She has been a member of the Board of the Legal Writing Institute, a members of the ABA’s Committee on Communication Skills, an Editorial Committee member of the Journal of the Association of Legal Writing Directors, and Chair of the Association of American Law Schools Section on Legal Writing, Reasoning, and Research. In spring 2008, she was a Visiting Professor at the University of Delhi Law School.

Many congratulations to Professor Walter on this prestigious award.

Hat tip to Noah A. Messing