Surprise! The United States Code Has a New Title! 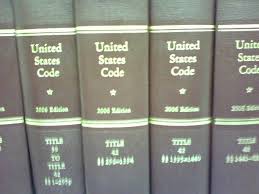 Back in September when nobody was looking, a new title (Title 52) became effective for the United States Code.  The new Title collects sections on voting and elections that previously appeared in Titles 2 and 42. There is no change to the text of those sections, just a change in where you find them.

The reorganization of the United States Code is discussed in an article by the Office of Law Revision Counsel, which notes that "[t]he short-term inconvenience of adjusting to new Code citations is greatly outweighed by the benefit of making much needed long-term improvements in the organizational structure of the Code."  Click here to read that article.

Listed below are links to weblogs that reference Surprise! The United States Code Has a New Title!: