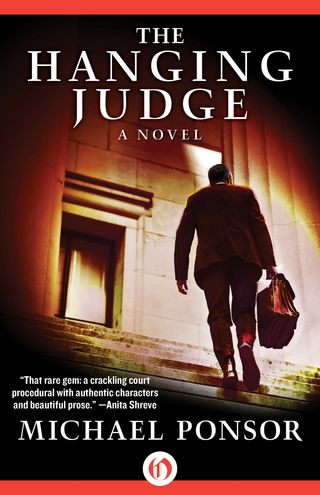 The Board of Directors of the Legal Writing Institute (LWI) is pleased to announce that the Honorable Michael A. Ponsor, Judge of the U.S. District Court for the District of Massachusetts, is the recipient of the 2015 Golden Pen Award.
The 2015 Golden Pen will be presented  on January 2, 2015, during the 2015 AALS Annual Meeting in Washington, D.C.  The event will be held from 8:00 to 10:00 p.m. at the Capitol Ballroom, Lobby Level, of the Omni Shoreham Hotel in Washington, D.C.
During that event, the Thomas Blackwell Award will also be presented to Professor Helene Shapo of Northwestern Unviersity School of Law.
Judge Ponsor is being recognized with the Golden Pen Award for his contributions to the cause of excellent legal writing, both in his opinion writing and in his teaching as an adjunct at Western New England University School of Law and at Yale, his alma mater. Demonstrating his commitment to teaching future lawyers, Judge Ponsor has for the last 20 years taught persuasive writing and advocacy skills in an upper-level simulation course.
Judge Ponsor presided over the first death penalty case in Massachusetts in 50 years, and he recently wrote a well-received novel, The Hanging Judge, about the legal and moral issues involved. The nomination of Judge Ponsor recognized him as

[a] respected and compassionate jurist as well as an exceptional writer, teacher, and mentor. . . . He has engaged the judiciary, current and future lawyers, and the public in a much-needed dialogue about two major challenges facing the criminal justice system: the death penalty and the extremely high rates of incarceration in the United States. 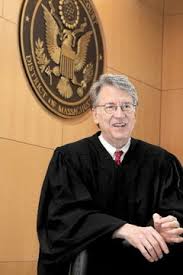 The Legal Writing Institute's Golden Pen Award honors those who make significant contributions to advance the cause of better legal writing. These contributions may take any form, such as promoting the use of clear language in public documents, improving the quality of legal writing instruction, advocating for better writing within the legal community, outstanding scholarship or journalism about legal writing or legal topics, or exceptional writing in law practice. The award is normally given to someone who is not an active member of LWI, but active members are considered in exceptional circumstance
The 2015 Golden Pen will be presented during the Blackwell Award Reception, which honors the recipient of the Thomas F. Blackwell Memorial Award for Outstanding Achievement in the Field of Legal Writing and is scheduled from 8-10 p.m. Friday, January 2, 2015, in the Capitol Ballroom, Lobby Level, Omni Shoreham Hotel.
The LWI Awards Committee recommended Judge Ponsor for the 2015 Golden Pen, and the LWI Board unanimously approved this recommendation. The LWI Board is grateful for the work of the LWI Awards Committee in identifying nominees and making recommendations to the Board. The Committee includes Co-Chairs Lurene Contento and Susan Bay and members Anne Enquist, Myra Orlen, and Kathy Vinson.
Hat tips to Linda Berger, Lurene Contento, and Susan Bay
(mew)

Listed below are links to weblogs that reference LWI Golden Pen Award Goes to Judge Michael Ponsor of Massachusetts: