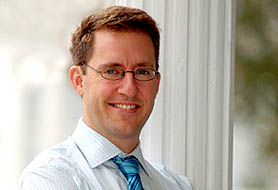 Professor Dan Markel, the D'Alemberte Professor at Florida State University College of Law in Tallahassee, focused his scholarship on topics such as the proper scope of mercy, the death penalty, punitive damages, shaming punishments, and transitional justice in states recovering from mass atrocities. He was raised in Toronto and studied politics and philosophy as an undergraduate at Harvard. He did graduate work in political philosophy at the Hebrew University of Jerusalem and the University of Cambridge, before returning to Harvard for his law degree, where he was an Olin Fellow and on law review. Upon graduation from law school, Professor Markel was a research fellow at the Berkman Center at Harvard Law School, a clerk for Judge Michael Daly Hawkins on the U.S. Court of Appeals for the Ninth Circuit, and an associate at Kellogg, Huber, Hansen, Todd, Evans & Figel in Washington, D.C., where he practiced white-collar criminal defense and civil litigation in trial and appellate courts. At Florida State University, he primarily taught in the area of criminal law.

He was shot at his home on Friday morning, around 11:00 a.m. and died of his wounds early this morning. Here is a link to a news report about the shooting.

A memorial service is planned for noon Sunday at Congregation Shomrei Torah, located at 4858 Kerry Forest Parkway, Tallahassee, Florida. His funeral will be held in Toronto.

We extend our deepest sympathy to his family, friends, students, and colleagues.

Listed below are links to weblogs that reference Professor Dan Markel, Florida State University, Dies After Being Shot: