Memes for Jessup Teams and Coaches 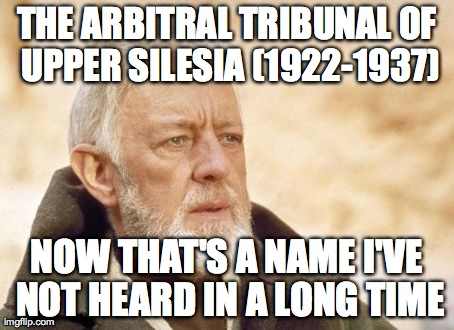 In addition to the Legal Writing Memes that we told you about a couple of days ago, the Internationally Wrongful Memes Tumbler site will be a great source of amusement for Jessup Teams and their coaches. The Philip C. Jessup International Law Moot Court Competition is the largest moot court competition in the world, and many team coaches (like me!) are legal writing professors.  Click here for a quick visit. 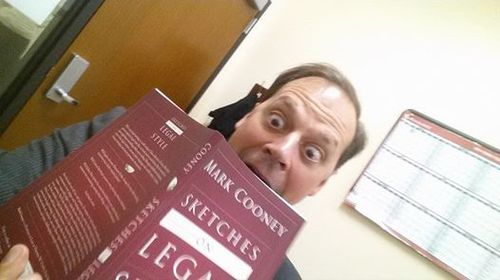 For all you font geeks out there, comes this story about a teenager's suggestion to cut government

printing costs by switching to Garamond. 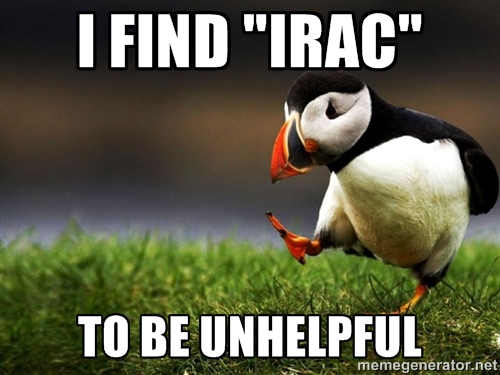 Blame for this grading distraction goes to Jennifer Murphy Romig, Instructor of Legal Writing, Research, and Advocacy (and now add Memes too) at Emory University School of Law.

But far from being just a grading distraction, we know that some professors have used these in their legal writing classes, so DO take a look in case you find something useful for your class.

North Carolina attorney Stephen Feldman recently advised lawyers that to be persuasive, their writing must be clear, and to be clear, it must be purposeful. His article in the Jaunary 2014 issue of For the Defense stresses that every word and every sentence needs a purpose. As an example, he offers a 44-word sentence whose purpose is unclear:

To fix the sentence, he divides it and includes several pauses, creating stress positions that focus attention on the key points:

Here, summary judgment is warranted based on an undisputed fact: the defendants told the plaintiff that the relevant financial information was an estimate. The plaintiff’s characterization of this fact does not change its undisputed nature.

The For the Defense version is not yet on line, but Feldman's article can be accessed at his law firm's website.

"If a book is good enough, it doesn't matter where you read it."

and Appreciated—Not Avoided.  Gopen’s argument is that the passive “moves the furniture around” as “the feng shui of grammar.”  For example, the passive voice can put information in a desired stress position.  If your writing has focused on Smith, you can continue that focus with the passive voice: “Smith was convinced to cede his interest in the property by the false representations of Jones.”  Banning the passive voice, Gopen says, is “perhaps the single worst idea we teach about the English language.” His article in the winter 2014 Litigation journal contains other examples of the effective passive voice.

Actually it seems that cats and dogs are doing more grading than professors, but you'll have to be the judge of that yourself.

Blame this distraction on Professor Emily Grant, Co-Director, Institute for Law Teaching and Learning (and now Grading too) at Washburn University School of Law. And while we're at it, blame my colleague Professor Maureen Collins at The John Marshall Law School, who is one of the contributors to this new collection of photos.  Your own photographs are welcome as well -- send them to Emily Grant, if you dare.

"If books cost what they were worth, no one could afford them."

In his March ABA Journal column, Bryan Garner quoted this quip by Justice Oliver Wendell Homes: "Lawyers spend a great deal of time shoveling smoke."  Garner also cited nineteenth-century English barrister F.C. Moncreiff, who advised lawyers to obfuscate when they have a weak case.  But Garner says that's bad advice.  Of his mentor, a renowned lawyer, Garner says, "I never heard him try to confuse a court."  Garner concludes, "If you want to win, you can't write a 'hide-the-ball brief' or make a 'hide-the-ball' argument. That goes nowhere. You must make clear points and hope the scales weigh in their favor."

Junior legal writing scholars can receive critiques from experts at a workshop on July 25-26, 2014.

The Washburn Junior Legal Writing Scholars Workshop will provide a collaborative environment for current and aspiring legal writing professors to receive feedback from other legal writing professors on their scholarly projects. Washburn will fund lodging for one night along with all meals during the workshop.  The workshop organizers, Emily Grant and Joseph Mastrosimone, strongly encourage scholarship submissions that are in any stage – idea outline, work-in-progress, or nearly complete and ready to submit.

Proposals for are due by April 15, 2014. For more information about the workshop and how to apply for it, see http://washburnlaw.edu/facultystaff/juniorlegalwritingworkshop/.

In a good reminder about the importance of legal analysis, Judge Posner had some choice words for the attorneys who filed the opening brief in the case of Central States v. Lewis and Lashgari.  In the opinon, which can be found here, Posner criticizes the "tiny" 118 word argument as "gaunt" and "pathetic."  All the more reason to emphasize deep legal analysis to our brief-writing students this time of year!

Professor Elizabeth De Armond has been named as  the new director of the Legal Research and Writing Program at Chicago-Kent College of Law.

Professor De Armond earned her undergraduate degree in information and computer science from Georgia Tech. She graduated magna cum laude from Notre Dame Law School, where she served as articles editor for the Notre Dame Law Review. After law school she clerked for the Honorable Cornelia G. Kennedy of the U.S. Court of Appeals for the Sixth Circuit.  Following her clerkship, Professor De Armond practiced in Dallas, where she concentrated in real estate and lending transactions. She also represented battered women in family court on behalf of North Texas Legal Services. Professor De Armond later moved to Boston, where she earned an LL.M. from Harvard Law School.

The magazine U.S. News and World Report ranks colleges and graduate schools, including law schools.  They also rank legal writing programs and a handful of other specialities.  Here's the 2014 rankings for Legal Writing.  Seattle University and The John Marshall Law School of Chicago are again ranked first and second.

Professor Anne Enquist of Seattle University School of Law has been announced as the 2014 recipient of the Burton Award for Outstanding Contributions to Legal Writing Education.  She will receive her award at the Library of Congress in Washington D.C. on June 9, 2014, during the prestigious Burton Awards for Achievement in Legal Writing.

The Burton Awards are widely known as the most elegant evening in legal writing.  The actual awards presentation is followed by a black tie dinner and outstanding entertainment.  Legal writing awards are given to law firms, law students, and for contributions to legal writing education.  Awards are also given for Regulatory Innovation, Public Service, Public Interest, and, in 2014, a National Award for Reform in Law.

Professor Enquist joined the LRW community in 1980.  She is  the co-author of five legal writing books and authored many articles in the field. She served on the Editorial Board for Legal Writing: The Journal of the Legal Writing Institute from 1994-2002 and chaired the Program Committee for the national conference of the Legal Writing Institute in 1994. She also served as a director of LWI for more than 2o years.  She was described by multiple nominators as "an innovator," a "workhorse,"  an “outstanding teacher,” and an “established leader.”

And click here for a photo from an earlier Burton Award Celebration (in 2010).

Hat tip to Noah A. Messing

The Legal Writing Institute announced the names of eight board members just elected.  They are (in alphbetical order):

Board members serve a term of four years.  It's quite a commitment.  The new board members will begin their terms at the LWI Biennial Conference in Philadelphia this July.

anniversary. A recent column by Joseph Kimble (pictured at right) recounts the column’s influential history, from its institution by Detroit lawyer George Hathaway to its twenty-five years under Kimble’s groundbreaking editorship. The anniversary column reiterates that empirical research shows plain English is preferred by both legal and nonlegal readers.

what does grading look like, and where does it occur?

a request from Emily Grant at Washburn:

Tonight's procrastination [from grading]:  a tumblr blog for photos of law professors grading.  It is (very cleverly) called http://lawprofessorsgrading.tumblr.com/   Not much content yet, but there's a link underneath the title where you can click to submit your own photo.  Or if nothing else, bookmark the link for when you're feeling sentimental and need to remember that you're part of a community of fellow graders, each with our own grading places, processes, and vices.

I'm off to round up more lead for my mechanical pencils!  And then I'll start grading.  I promise...