In the latest Green Bag, Justice Antonin Scalia and Bryan Garner explain that not all dictionaries 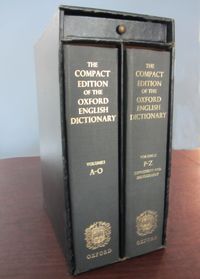 The article, which originally appeared as Appendix A to Scalia and Garner’s book Reading Law: The Interpretation of Legal Texts, lists the most authoritative general and legal English dictionaries for particular time periods. Scalia and Garner paise the Oxford English Dictionary as a reliable source for historical terms, but note that it is not as useful for recent changes. They say two of the best current general dictionaries are The American Heritage Dictionary of the English Language and Merriam-Webster’s Collegiate Dictionary. See their article for the full lists.

Listed below are links to weblogs that reference The best dictionaries:

Fighting cocks can indeed be nasty creatures, but they are fowl regardless of their disposition.