The Burton Awards for Legal Achievement is without a doubt the most glamorous evening dedicated to legal writing.  The black tie gala is held in Washington D.C. in the Great Hall of the Library of Congress -- the most beautiful building and room in the United States.  And Ralph Brill looks just great in a tux.

The 2013 Burton Awards will be held on Monday, June 3, 2013.  The event begins at 4:45 p.m. with award presentations followed by a reception and gala dinner in the Great Hall of the Library of Congress. 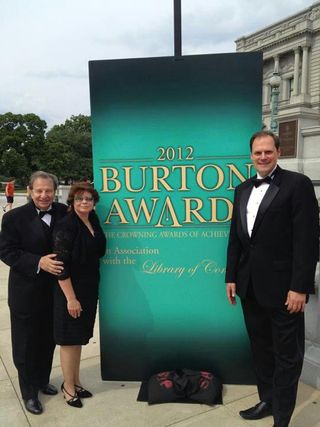 Click here for more information about the 2013 Burton Awards.

Listed below are links to weblogs that reference Save the Date! The Burton Awards are on June 3, 2013: