A new book by Ross Guberman, president of Legal Writing Pro, is titled Point Made: How to Write Like the

Nation’s Top Advocates. It’s structured around examples and small bites of information rather than lengthier prose, which makes it seem somewhat disjointed. But the examples are rich: drawn from motions and briefs by fifty outstanding lawyers, including David Boies, Barack Obama, Ted Olson, and John Roberts, they illustrate topics such as “Show, Not Tell” and “Zingers: Colorful Verbs.”  Guberman suggests that readers use the book as a reference to look up particular problems—or simply read it in sequence. With either approach, the book is likely to furnish legal writing professors with some pithy examples. 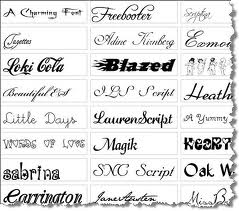 If you are interested in learning about fonts -- including trivia you never even knew to ask about -- take a look at the new Upper Case Sensitive blog.

Proposals for the 2012 Biennial Conference of the Legal Writing Institute are due June 6, 2011.  To submit a proposal, please go to: http://www.law.uoregon.edu/lrw/conference2012/.

So why do the Rutgers-Camden LRW profs get so many grants?

Texas Wesleyan has promoted the following faculty members to the professional-skills-tenure track beginning in fall 2011: Mark Burge, Dennis Kelly, John Murphy, Tanya Pierce, and Neil Sobol. (In the fall, the school also expects to post positions for at least two additional professional-skills -tenure track slots, to start in the fall of 2012. We'll report the details here when available.)

The University of Michigan Law School faculty voted to authorize long-term, ABA Standard 405(c), "clinical tenure-track" contracts for Legal Practice Program legal writing faculty. LP faculty under such contracts will also receive faculty voting rights, except on tenure matters. (Michigan will also be hiring this fall for a position under the new standards starting in 2012, and we'll post details here when they're available.)

IU-Indy has announced that Allison Martin has been promoted to Clinical Professor of Law.

And effective August 1, there will be a new Legal Writing Director at Tennessee - Michael Higdon. 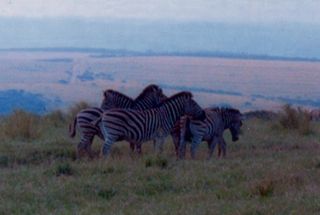 Conference on Preparing Students for the Practice of Law:
Helping Students Develop Their Ability to Read and Write in English

APPEAL and the University of Zululand have announced a conference on Preparing Students for the Practice of Law, which will be held from the evening of December 7 through the afternoon of December 9, 2011, at the Tradewinds Country Inn in Mtunzini, South Africa, located about 90 minutes north of Durban.

For questions regarding the conference, please contact one of the Conference Co-chairs, Janet Dickson at dicksonj@seattleu.edu or Olugbenga Oke-Samuel at lawville@yahoo.com.

authority. NASA  v. Nelson, 131 S. Ct. 746 (2011) (Scalia & Thomas, JJ., concurring in the judgment). Although the plaintiffs asserted a constitutional right to privacy, Scalia pointed out that their brief contained “not a single citation to the sole document we are called upon to construe: the Constitution of the United States.” He then sardonically called the lack of a citation “refreshingly honest”—because in his view no such constitutional right exists.

It's just been announced that Darby Dickerson is moving from the deanship at Stetson to Texas Tech. Now the rest of the legal academy may think of Darby as a long-time dean, but those of us who have been teaching legal writing for awhile remember her humble beginnings as a legal writing director. She was generous with her smarts and talents way back then, too, and became -- and remains -- the primary author of the ALWD Citation Manual.

teaching legal research without a textbook

Apparently, not everyone assigns a textbook for the legal research component of LRW class. Nancy Johnson explains this approach in her article on "Should You Use a Textbook to Teach Legal Research?"

Here's a summary of what she discusses in the article:

the Supremes on writing well

The New York Times had an interesting article the other day about the Supreme Court Justice's own writing and their views of lawyers' writing. The article includes links to transcripts of full interviews with the Justices, about writing.

Over on the Law Librarian blog, there's an announcement about Harvard Law Review going digital. Harvard Law Review issues are being produced digitally in multiple eBook formats by Quid Pro Books starting with vol. 124, no. 7 (May 2011).

Vermont legal writing professor Brian Porto recently published Improving Your Appellate Briefs: The Best Advice from Bench, Bar, and Academy. Among Porto’s practical suggestions are to use “narrative persuasion” in the statement of the case and write an argument section that flows logically like a stream.

Registration is now open for the 2011 Western Regional Conference, which the University of San Francisco School of Law is hosting on August 26-27, 2011. Professor Richard Wydick, the author of Plain English for Lawyers, will be the conference's keynote speaker.

If you'd like to present at the conference, too, send your proposal here.

LRW profs are movin' up!

As the spring semester has been coming to a close across the U.S., we’ve gotten lot of good news about legal writing professors:

Jennifer Shepard, at Mercer University, received the Eisenberg Prize from the American Academy of Appellate lawyers, for the best article on appellate practice and procedure. Her prize-winning article is Once Upon a Time, Happily Ever After, and in a Galaxy Far, Far Away: Using Narrative to Fill the Cognitive Gap Left by Overreliance on Pure Logic in Appellate Briefs and Motion Memoranda.

At Rutgers University in Camden, Carol Wallinger, who already had clinical tenure, was promoted from Clinical Associate Professor to Clinical Professor. Jason Cohen was awarded clinical tenure, which at Rutgers means a five-year presumptively renewable contract. And Ruth Anne Robbins has been promoted to the position of Director of Lawyering Programs.

The law faculty at Stetson University voted to grant tenure to their LRW Director, Kirsten Davis.

Olympia Duhart and David Cleveland, at Nova Southeastern University, were promoted to the rank of full Professor.

And at the University of Missouri – Kansas City, the law faculty voted in favor of having all of the legal writing professors vote at faculty meetings and in favor of a smaller class size for LRW class. Both changes will improve the professional lives of Wanda Temm, Barb Wilson, Judy Popper, and Dan Weddle.

When it comes to legal writing professors making progress, it seems resistance is futile! Congratulations to you all!

The AALS Section on Women in Legal Education has upgraded its mentoring program and made it easy for you to access it via a new website. (Since 75% of the people who teach legal writing in the U.S. are female, this information seems germane to this blog.) Whether you are looking for a mentor or want to volunteer to be a mentor, check out the new and improved WLE mentoring website. You might want advice on law teaching, legal scholarship, or attempts to achieve some kind of work-life balance, and want to hear from someone who has been there and done that. Or perhaps you are the one who has been there and done that and have some advice to offer. Either way, take a look!

A recent bar-journal article by Michael A. Greene, an Oregon practitioner and judge pro tem, offers twelve steps for writing “judge-friendly” briefs. In addition to urging lawyers to write in plain, direct English, Greene suggests including an alternative to the preferred result, because a fallback position may aid the court.

I do disagree with two of Greene’s suggestions. One is to place citations in footnotes.  In that running controversy, I come down on the side of citing in the text, which is the accepted practice in most legal writing. As a wag once said, if humans were supposed to write footnotes, our eyes would have been placed vertically instead of horizontally. But I agree with Greene’s other recommendations about citations, including to cite only the most significant cases and to focus on the leading case.

Greene also suggests using the present tense. He doesn’t give examples of how this would play out, but if he means putting past events in the present tense, I strongly disagree. If the injury in a precedent case occurred five years ago, it would be too informal and may even be misleading to write, “Then the plaintiff slips on a banana peel.”  (Yes, this post is written in the present tense.  My reasons: a blog post is less formal than a brief, and Greene’s article is quite recent.)

The article is worth a read and may spark some useful discussion.

Proposals for the 2012 Biennial Conference of the Legal Writing Institute are due June 6, 2011.  To submit a proposal, please go to: http://www.law.uoregon.edu/lrw/conference2012/.

Chicago-Kent College of Law celebrates the 50th teaching anniversary of Professor Ralph Brill on Thursday, July 21, 2011 at the Chicago Cultural Center, which is one of the most beautiful buildings in Chicago.  The event starts with a reception at 5:30 p.m. and a program at 7:00 p.m.  There is probably some rsvp contact information, but unfortunately I don't have any of that . . . so just plan on crashing the party and blame me later.

remember to nominate students for the Milani Award

As you finish grading your law students' end-of-the-semester papers, remember to nominate the best ones for the Milani Award.

Mercer University and the ABA host this annual writing competition in honor of Mercer’s former legal writing professor, Adam Milani. It is one of the few student competitions for briefs – not academic papers. The prizes can be as high as $1,000. And the students don't have to write anything extra.

Here are this year’s topics:
-disability law
-the Civil Rights Act of 1964
-Title IX of the Education Amendments of 1972
-the Age Discrimination in Employment Act
-the Family and Medical Leave Act or
-a state statute or municipal ordinance prohibiting discrimination on the basis of sexual orientation.

The deadline for submission is June 1, 2011. Further information is posted on the Mercer website at http://www.law.mercer.edu/academics/legalwriting/milani