Is legal writing a mixtape? 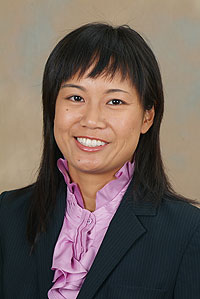 In a beautiful use of the extended metaphor, Professor Kim Chanbonpin, at The John Marshall Law School in Chicago, has written an article on why "Legal Writing is (Not) a Mixtape: Plagiarism and Hip Hop Ethics."

Reading a title like that, you have to be curious as to how it plays out (no pun intended).  Here's her summary:
"In this Article, I draw on hip hop music and culture as an access point to teach first-year law students about the academic and professional pitfalls of plagiarism. Hip hop provides a good model for comparison because most of our entering students are immersed in a popular culture that is saturated with references to hip hop. As a point of reference for incoming law students, hip hop possesses a currency as something real, experienced, and relatable even if an individual student has alternative musical tastes. Furthermore, although attempting direct analogies would be absurd, significant parallels exist between the cultures of U.S. legal writing and hip hop. Chief among these, and the central focus of this Article, is the reliance of both genres on an archive of knowledge, borrowing from which authors or artists build credibility and authority. Whether it is from case law or musical recordings, the necessary dependence on a vast but finite store of information means that the past work of others will be frequently incorporated into new work. The ethical and professional danger inherent in this type of production is that one who borrows too freely from the past may be merely copying instead of interpreting. In the academic world, this is plagiarism. Members of the hip hop community call this "biting." In neither culture is this mode of production celebrated.

"My goals for this project are two-fold. First, as a law professor, I want to ameliorate the problem of plagiarism that I have seen growing worse each year. Second, as a scholar, I would like to contribute to the growing body of literature on hip hop and the law. This Article marks the beginning of my attempt to theorize a hip hop ethics and develop its application to the teaching, the academic study, and perhaps eventually, the reform of the law."
(spl)

Listed below are links to weblogs that reference Is legal writing a mixtape? :