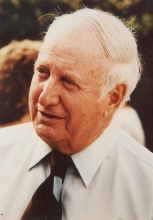 “Mort envisioned Pierce Law continuing to lead in the transformation of legal writing education.  He wanted legal communications to be more accessible and understandable to non-legal communities,” said Dean John D. Hutson of Franklin Pierce Law Center.  “Anyone who knew Mort knew how important straight talk and accessibility were to him. Through this gift, he wanted to take the jargon out of lawyer/client communications, leveling the playing field, you could say.”

Goulder, a physics graduate of MIT, founded, directed, and later served as vice president of Sanders, which grew into a billion-dollar business in defense electronics. While there, he originated and managed the divisions that invented the word processor.  From 1973 to 1977, he served as the U.S. Deputy Assistant Secretary of Defense for Intelligence and Warning.  He worked later as a consultant and investor in the high-tech industry. In addition, he founded a small business investment corporation and The Breakfast Club, a group of high-tech entrepreneurs who invested in more than 50 start-ups.

In 1983, Goulder joined the Board of Trustees at Franklin Pierce Law Center and served until his death in 2008.  “I think he was attracted to the school’s entrepreneurial spirit,” says Doug Wood, a member of the school’s first graduating class in 1976 and now chair of its Board of Trustees.  “Here we were, just barely out of the Bull Barn that was our first campus, shaking up the legal world with our concept of teaching law by letting students have supervised experience. While the limit of Intellectual Property at other schools was patent litigation, our students were drafting patents from A to Z while still in school. We were breaking new ground when Mort came aboard, and through his gift, we’ll continue breaking new ground in legal writing—a legal skill that crosses all practice areas.”

Adapted from a press release from the Franklin Pierce Law Center

Listed below are links to weblogs that reference Franklin Pierce Law Center Gets $1 Million Gift to Help Students Write Clearly: