Scholarship alert: "Judging by the Numbers: An Empirical Study of the Power of Story" 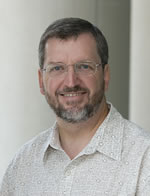 A new article by Professor Ken Chestek is available on SSRN here.  From the abstract:

The recent debate about whether 'empathy' is a desirable trait in Supreme Court Justices begs a more fundamental question: are appellate court judges in fact persuaded by appeals to pathos? This article attempts to answer that question by reporting the results of an empirical study the author conducted that investigates whether narrative reasoning, or 'stories,' are persuasive to appellate judges. It is the first rigorous study to ever confront this issue directly. The article first describes how the author wrote four test briefs, two on each side of a hypothetical lawsuit. One brief on each side was written as a 'pure logic' brief, while the other brief on each side made the same logical argument but also included a great deal more context and interesting, but legally irrelevant, background details to tell a more complete story. Groups of appellate judges, law clerks, appellate court staff attorneys, practicing lawyers and law professors were then asked to read two briefs on a randomly-assigned side of the case (either Petitioner or Respondent), and then report which of the two briefs was more persuasive.

The key findings of the study were that appellate judges, along with most other groups, indeed found the 'story' briefs more persuasive. The exception was the law clerk group, which found the logic and the story briefs equally persuasive. The author then speculates as to why the clerks reacted differently, and considers the implications of this finding on law school curricula.

Listed below are links to weblogs that reference Scholarship alert: "Judging by the Numbers: An Empirical Study of the Power of Story":