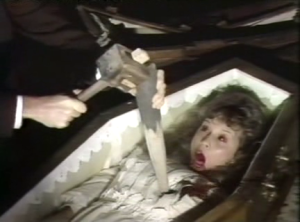 After the story earlier this week about a federal district court judge in Florida who dismissed the plaintiff's filing because it was so "riddled with unprofessional grammatical and typographical errors that nearly render the entire Motion incomprehensible," this next story doesn't seem so aberrant.  The New York Law Journal is reporting (subscription only) that a New York state judge dismissed the plaintiff's complaint because it was stapled in such a negligent manner that it caused physical injury to all who handled it.

"[T]he poor stapling of the papers was so negligent as to inflict, and did inflict repeatedly, physical injury to the court personnel handling them," Supreme Court Justice Charles J. Markey wrote in Jones v. Fuentes, 29865/2008. "Such negligence on the part of counsel shows a lack of consideration."

Long Island plaintiff's attorney Jeffrey Hirsch told the NYLJ that in the more than 5,000 cases he has handled, the court has never before criticized his stapling skills.  However, a spokesperson for the judge said that the staple in question was dangerous enough to draw blood, twice.   Must have been a helluva staple.

Listed below are links to weblogs that reference Remember to mind your P's, Q's and . . . staples: