So, A Rough Cartoon Always Says Much....* (LWB Farewell Series) 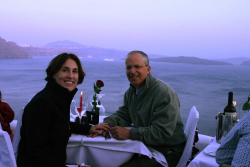 The post below was originally written on June 17, 2014 by LWB's thoughtful and witty editor Jeff Lipshaw.  Jeff and I met roughly 12 years ago when he entered the teaching market.  Before signing up for the hazing of becoming a junior professor, Jeff had been a partner at a major law firm and the GC of two publicly traded companies.  Somehow he found the humor it in all, writing one of the great unconventional law review articles of all time, Memo to Lawyers: How Not to 'Retire and Teach'.

Jeff has been successful not only in law, but also in life.  He is pictured at right with his spouse Alene on the occasion of their 30th anniversary.  If you are going to blog, why not do it with people you like? That was the formula here.

Via Facebook, I saw that my friend Joan Heminway had some interesting things to say about the private-public distinction in securities law over at our sister blog, Business Law Prof.  I heartily recommend it.

But with my usual instinct for avoiding the import of a serious presentation and jumping immediately to the trivial and irrelevant, it dawned on me I had never known that the Crowdfund Act of 2012 was really the CROWDFUND Act of 2012.

My cartooning skills are not up to what they were in my productive peak thirty-five to forty years ago during my brief stints at the Michigan Daily and the Stanford Law Journal,** but I was inspired to grab my crutches, hop up to the second floor,* get a sharp pencil and some paper and sketch this: 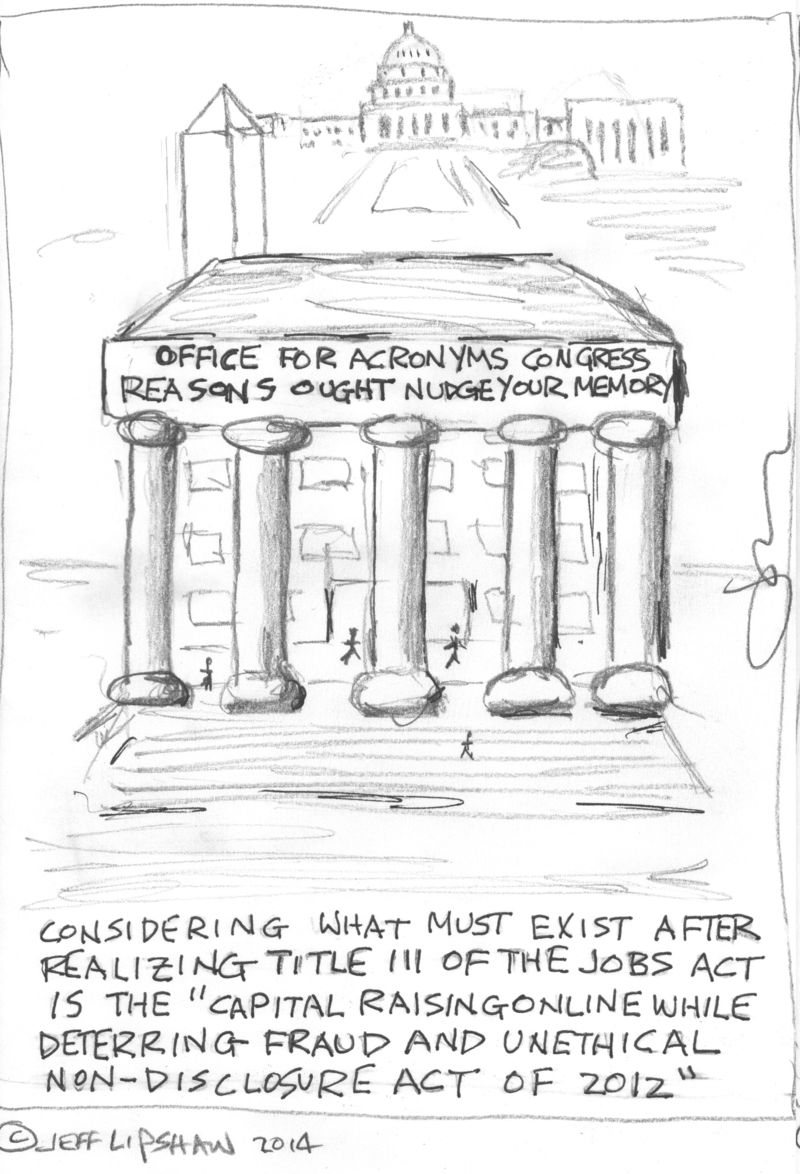 * I suffered a complete rupture of my achilles tendon pretending I was a lot younger than I am and find that I now have a lot of time on my hands.

** This was the student newspaper, not the law review, something I noted on my resume for many years.

Thanks, Bill. Feeling is mutual. I like to think that I test the bounds of utter frivolity, on one hand, and complete incomprehensibility, on the other, with very little in between.