For the last couple of years, Dan Katz has been telling me and anyone else who would listen that law will eventually be a subfield of finance. Following Dan's reasoning, this will occur because legal risk can be modeled and quantified like financial risk, thus enabling parties to allocate time, money, expertise based on probabilities. If the modeling is accurate within a fairly predictable range, it facilitates an investment strategy where the business side of legal risk is equally predictable. Add leverage and/or other people's money, and basically you have a hedge fund with legal claims as its primary asset class.

Based on a story in Sunday's Boston Globe, Katz may be on to something.  The story reports the launching of Legalist, which funds lawsuits based on the size and probability of recovery. This concept is not new, as companies like Burford Capital have moved into this market and are growing rapidly.

Legalist is potentially different, however, because it pools together smaller and medium-sized legal claims that are likely to paid out.  Case evaluations are made using data algorithms that draw upon "a database of 15 million court cases from all over the United States." So, in theory, the company can generate a strong return by building a diversified portfolio of claims that are likely too small for the high-end litigation financiers like Burford. 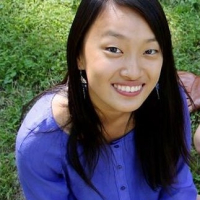 One of the co-founder of Legalist is Eva Shang (photo right), who is pursuing the idea thanks to a $100,000 grant from the Thiel Foundation.  This is the Peter Thiel organization that encourages undergraduates to drop out of college in favor of pursuing a promising start-up idea.  After forgoing her senior year at Harvard, Shang also earned a spot in Y Combinator, the famed Silicon Valley accelerator that has a strong record of picking and nurturing successful start-ups. The other co-founder is Christian Haigh, who is a master's degree student in computer science at Harvard.

The core idea here is that with the right quantity and quality of data, computers can be extremely useful in valuing legal claims on several dimensions: size of payout, likelihood of payout, total time to reach a resolution, etc.  Lawyers provide the same service, but with a sample size limited to their own experience.

The most intriguing part of the Boston Globe story is that Shang and Haigh originally thought that law firms would pay for their service in order to improve their own case assessments. But "about a month in, we realized that attorneys weren't all that interested in legal analytics."  The dialogue with lawyers, however, enabled them to learn about the field of litigation finance.

Based on these insights, the Legalist decided to pivot.  In the June 2016 press release from the Thiel Foundation, the company was described as "a legal analytics and alert platform that helps lawyers keep track of new developments in case law so that they can represent their clients more effectively." Today, Shang's LinkedIn page describes Legalist as an "Algorithmic litigation financing for small businesses with meritorious lawsuits" -- a description with a Y Combinator polish.

I have no idea whether Shang or Legalist will be successful.  However, the story provides another striking example of the reluctance or inability of lawyers--I don't know which--to consider data as a tool to better serve their clients and, perhaps as a result, to earn a higher income.  Conversations with lawyers on this topic often stall on what the data cannot effectively model and thus the mistakes that might result. The mindset seems to be, "find an example where it may not work and kill the concept." I really do believe that there are a handful of behavioral economics biases that apply with special vengeance to lawyers.

Katz is likely right to think of law as a powerful use case for finance.  The goal is not about getting something right this time, but instead getting it right more often than not with a high degree of certainty.  In short, it's probability with reliable estimates of risk.  And for clients, that is valuable.

If we pull on this string long enough, eventually it will be possible to quantify how, all else equal, particular law firms and lawyers affect the odds of winning a case.  When that happens, there will be strong incentives to deconstruct the skill sets and backgrounds of the most bankable lawyers.  Law will become less a credence good and accordingly the utility of longstanding signals of quality that law schools and law firms are built around will get tested by data and repriced.

I have no idea if this future will actual emerge.  Certainly a case could be made that were are better ways to resolve disputes than protracted litigation where armies of lawyers are hired to advance only one side of an argument. Regardless, I am confident that the practice of law is definitely going to change.

Thanks for the shout out ... for those who might be interested ... on November 4, 2016 we will be hosting the #Fin(Legal)Tech Conference at Chicago Kent --
http://finlegaltechconference.com/