My previous post excerpted the introduction "How to Solve the Legal Profession's Diversity Problem." The article suggests that our diversity challenges are rooted in a systems problem. First, our systems for selecting and developing lawyers is seldom grounded in science.  Second, the functioning of these systems are seldom viewed as critical to organizational success. Hence, the systems often poorly tooled, and the resulting data are under-analyzed.  These background conditions make it very difficult to understand and solve the diversity problem.

In response, my article provides a baseline theoretical model for the creation of high performing lawyers (see figure below). This model operates with equal force for diverse and majority lawyers, albeit for reasons explained in the article, systems failures tend to have larger negative effects on women and diverse lawyers.

My favorite part of the article is the discussion on component (5) Coaching & Mentoring, which is excerpted below.  This is the least technical section and also demonstrates that applied research can derives its initial theories from simple historical stories that are associated with extraordinary results.

This portion of the article references, among others, Walter Carter, Paul Cravath, Judge Stanley Sporkin, and some of the heaviest hitters in the SEC and corporate governance bar. Among these lawyers, coaching and mentoring launched tremendous careers.  My primary point is that if we understand the power of these relationships, we can channel it toward the benefit of diverse lawyers.

The fifth and final component in my model is coaching and mentoring. A strong coach and mentor is often the vehicle through which a young lawyer receives developmentally rich work experience (3) and high-quality training and feedback (4). Yet coaching and mentoring is its own freestanding component because when it is done well it becomes an intense personal connection where talented professionals choose to allocate their valuable time and resources toward the success of others. Conversely, understanding the nature of the investment being made, the person being mentored experiences a mixture of heightened motivation and gratitude that enables him or her to persevere through virtually any professional hardship in order to reach long-term goals.

One of the best examples of the power of mentorship is New York City business lawyer Walter Carter, who served as a mentor to many of the leading corporate lawyers of the early 20th century. Carter’s accomplishments on this front were chronicled in a 1954 book entitled Walter S. Carter: Collector of Young Masters. According to the book author, Otto Koegel, Carter’s gift was spotting promising young talent and bringing them along as corporate lawyers who were capable of counseling executives of large financial and industry enterprises. 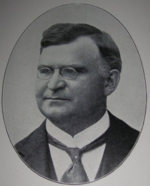 An appendix at the back of Koegel’s book is a folded poster with a family tree of Carter’s lawyer progeny. One of the first nodes on the family tree is Paul Cravath, who worked for Carter as a junior lawyer. The subsequent branches document Cravath’s departure and movement to a firm that would later become Cravath, Swaine & Moore, where Cravath designed and implemented the “Cravath system.” According to the firm’s history, the Cravath system is largely credited with the firm’s eventual leadership position among Wall Street firms. The firm history also cites Walter Carter’s training principles as the basis for the system. Other branches on the Carter family tree connect founders or leaders at many familiar powerhouse firms of the 21st century, including Milbank Tweed, Willkie Farr, Cadwalader, Shearman & Sterling, and Hughes Hubbard.

I have also observed something similar to Carter’s impact on future leading lawyers, albeit within the context of a government agency. Colleagues in the securities bar have observed the phenomenon of “Sporkin’s kids,” referring to the many influential lawyers who worked under Stanley Sporkin during his long and distinguished tenure at the Securities and Exchange Commission (SEC). Many of Sporkin’s SEC protégés lacked the pedigree of an elite law school, yet they went on to become some of the most sought after and influential securities litigation lawyers of their generation. They include Edward Herlihy of Wachtell Lipton (George Washington Law), William McLucas of WilmerHale (Temple Law), and Ralph Ferrera of Proskauer (Cincinnati Law). 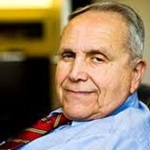 After two decades at the SEC, Sporkin became general counsel of the CIA and then a prominent federal judge. In preparation for writing this article, I contacted Judge Sporkin to ask him about this track record of mentorship. He commented that his philosophy was to look for intelligent young lawyers who would approach their jobs “with enthusiasm.” In Sporkin’s view, the law school attended was a poor proxy for these intangibles (Sporkin himself attended Yale). Further, according to Sporkin, it was critical that there be values alignment between the young lawyer and the mission of the agency. Otherwise, the lawyer could not keep up with the demands of working in his office. (Compare Sporkin’s observations to the Motivation factor outlined in this article’s five-factor model.) Judge Sporkin expressed gratitude for the lack of bureaucracy in the 1960s, 1970s, and 1980s, which enabled him to hire so much raw talent according to his own criteria. He related the story of meeting a young Ralph Ferrera, who pleaded with Sporkin for an opportunity to work at the agency. Sporkin lacked the budget to hire him, so Ferrera worked for free until a formal staff position became open. The rest, as they say, is history.

In my experience, law firms undervalue the importance of coaching and mentorship. Carter and Sporkin had the power to make these investments on their own. Yet, today’s modern law firm emphasizes the production of revenues. The cost of nonbillable time can be readily calculated; the same cannot be said, however, about the value of nonbillable time. Partners who have given little thought to the power of professional development are most likely to resist large investments. They lack the systems perspective of Paul Cravath. I have studied lawyer development for over a decade. I think these partners are trading dollars for pennies.

The purpose of this article is to create a roadmap for solving the legal profession’s longstanding diversity problem. The solution is to end the moral handwringing and to create a system for selecting and developing lawyers. Yes, it will be expensive in time, money, and political capital, but not nearly as costly as wasting raw human potential. Glory, and possibly organizational riches, will accrue to the law firm leaders and general counsel who are brave enough and wise enough to demand that we go down this road. The time has come to fix this problem once and for all.