The UK's Apprenticeship Levy -- a helpful reset to the legal labor market? 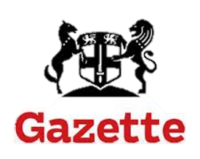 The Law Society Gazette reports a new apprenticeship levy that will be imposed in 2017 on UK employers with more than £3 million in payroll.  The Gazette notes that the levy, which totals .5% of payroll, will sweep in nearly 200 legal employers.

The program has a potentially clever twist that could prove to be an effective economic stimulus for the UK economy. Employers get a credit for the cost of their current apprenticeship programs.  For the UK legal industry, this means that the bigger firms will be fully paid up just by running their current training contract programs. Yet, the article also notes that "the levy may force a number of firms to develop apprenticeship programmes so that they get their money back."

This is an idea that draws on both liberal and conservative principles.  It's liberal because it mandates, through a tax, a strong national policy that favors human capital creation. Yet, it's also conservative because it lets employers opt out of the tax by running their own apprenticeship programs.  The result is an increase in paid entry-level training for young people and, invariably, some infrastructure being developed around ongoing apprenticeship programs, likely from nonprofits and trade associations who serve or orbit around specific industries.

In the United States, there are roughly 3,000 law firm employers with a payroll of $5 million or more.  They account for roughly half of the $91 billion annual payroll of all US law firms (NAICS 541110 Offices of Lawyers).  Many law firms are not hiring because client demand is sluggish and it's perceived as more cost effective to use senior personnel who are already trained.  As a result, the US legal profession is graying significantly.  See Is the Legal Profession Showing Its Age, LWB, Oct 12, 2014; What is Driving the Demographic Gap between BigLaw Leaders and their CEO/GC Clients?, LWB, Sept 1. 2015.

Consider the benefits of a program like this operating in the US.  A .5% apprenticeship levy on $45 billion would mean that no less than $225 million per year would be invested in entry-level training contracts in the legal field, with a significant number of legal employers getting off the sidelines to create their own programs.  Astute bar associations would likely step in to provide logistical and administrative support.  Further, the US Department of Labor already has a detailed legal framework around apprenticeships.

With this kind of financial and administrative support, it is plausible to imagine the US legal profession moving to a true apprenticeship model where training contracts replace the 3L year of law school.  I acknowledge this all sounds very fanciful, but a relatively modest employer apprenticeship tax may be better national policy that asking young people to take on more education-related debt.

One way to do this would be legislation allowing someone to take the bar exam after two years of law school if he in addition has paid tuition of, say, $40,000, to be in an apprentice program for a year. Competition among law firms to get the $40,000 would ensure quality.