Part I: What Can We Learn by Studying Law School Alumni? A Case Study of One Law School 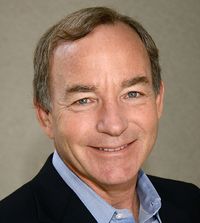 Several years ago, as the legal academy was beginning to work its way through the implications of the landmark “After the JD” Project (AJD), one of the principal investigators, Bryant Garth, commented to a group of fellow law professors that “within a few years it will be educational malpractice for law schools to not study their own alumni.”

Garth had special standing to make this claim, as he had launched the AJD during his long tenure at the American Bar Foundation and then went on to serve as Dean of Southwestern Law School in Los Angeles. While at Southwestern, Garth taught a short 1L course about legal careers that combined AJD findings with live interviews with Southwestern alumni. Despite decades of research studying lawyers, Garth gushed at how much he personally learned from these interviews and how the narratives were often surprising and inspiring, particularly for Southwestern students filled with apprehension at what the future might hold.

I had occasion to remember Garth’s observations in early 2011 when Emily Spieler, then the Dean of Northeastern University School of Law (NUSL), suggested that I study her alumni.

Northeastern is an interesting case study because for nearly 50 years the school has required four 11-week cooperative placements (or “co-ops”) as a condition of graduation. To facilitate completion within three years, the 1L year at Northeastern is taught in semesters while the 2L and 3L years are taught over eight alternating quarters. Summer-winter co-op students take classes during the fall and spring quarters, while fall-spring co-op students attend classes in the summer and winter quarters. Because co-ops are not for academic credit – they fulfill Northeastern University rather than ABA-accreditation requirements – students can be paid for the full 11 weeks. (More on that in Part III of this series.)

Dean Spieler wanted a third party to study Northeastern because, in her experience as dean, her many encounters with Northeastern alumni suggested to her that the School’s unusual education model was accelerating the professional development of its students and enabling them to make better, more informed career choices.

Acceleration of profession development is a very difficult effect to measure, but it is certainly plausible. In fact, the entire experiential law movement is largely premised on this claim. So I signed onto a multi-year initiative that we called the Outcomes Assessment Project (OAP).

The premise of the OAP was very unusual. Through a generous but anonymous benefactor, the research tools and templates developed for the OAP would be made available to other law schools interested in studying graduates. The intent is for law schools to accumulate data using similar methods and instruments, driving up the value of the data (because it is comparable across schools) while driving down the cost of collection and analysis.

There are many phases to the OAP, including those focused on admissions, the student experience, and co-op employers. Here, however, I wanted to write about what we learned from a survey of Northeastern’s alumni.

Last fall, we sent a survey instrument to Northeastern alumni who graduated from the law school between 1971 and 2012 (~4,000 law grads for which NUSL had a current email address). The survey instrument was substantially based on the AJD Wave III survey instrument, which was sent to a representative sample of law graduates from all ABA-accredited law schools who took the bar in the year 2000.

In contrast to the AJD, which has produced remarkable knowledge about law school grads from the year 2000, the OAP Alumni/ae Survey included four decades of law graduates from a single law school. Although this is not a true longitudinal sample, which samples the same people over time, this methodology enables cross-sectional comparisons between different cohorts of graduates (e.g., by decade of graduate or pre/post AJD).

The response rate of the Northeastern alumni survey was 21% (833 total completed questionnaires), which is relatively high for a long online survey. Because the resulting sample substantially mirrored the baseline data we had for Northeastern alumni practice areas and years of graduation, we were confident that the resulting sample was both representative and reliable.

Similar to the AJD, the OAP Alumni/ae Survey produced enough data to keep researchers busy for several years. Hopefully, these data will eventually be archived and aggregated at the American Bar Foundation or a similar institution in order to facilitate a broader and deeper understanding of legal careers.

However, the OAP was largely set up to be applied research. What does this mean? Here, the goal is, at least in part, to obtain data that is operational in nature, thus enabling a law school to examine and test fundamental assumptions and generate insights related to its stated goals and mission. In a word, to improve.

Further, when skillfully boiled down using data visualization, the findings themselves tend to be of great interest to all law school stakeholders, including alumni, faculty, administrative staff, current students, and prospective students. Interest is particularly piqued during times of transition and uncertainty, such as now, when law schools and the practicing bar are looking to each other to provide potential answers and support.

To makes results as accessible as possible, we decided to present the preliminary Alumni Survey results in a simple three-part framework:

This week, I am going to give a sampling of findings from all three sections – findings that will likely be of interest to a non-Northeastern audience of law faculty, practicing lawyers, and students. If you are interested in reading the entire preliminary report, it can be found online at the Northeastern OAP website.