NewLaw, Innovation, and the Importance of Failure 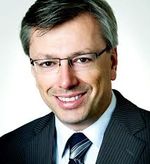 Jordan Furlong is one of the first-rate commentators on the legal industry. He is an excellent observer, a deep thinker, and skilled and stylish communicator.

Over at Law 21, Jordan has written a set of companion essays that explain the ferment that is now taking hold in the legal industry.  Check them out if you need or want the seemingly complex made simple.

The first essay is a highly useful reference guide to NewLaw (#NewLaw), a category coined by the Australian consultant George Beaton.   Jordan modestly titled the essay "An Incomplete Inventory of NewLaw," but its alleged incompleteness does not distract from its usefulness.  Complicated things like new business models need to be organized and simplified before we can get our heads around them.  Here, Jordan creates a elegant typology and fills it out with example after example.  Before Jordan's essay, few of us could be sure we were discussing the same ideas or concepts.

One of Jordan's most noteworthy observation is that the talent side of NewLaw is appears to be growing faster in the UK (new models of organizing and delivering legal services and content) while the US seems to be getting the most traction in legal tech.  The former is likely due to liberalization of regulations that flow from the UK's Legal Services Act of 2007 and the latter from the proximity to venture funding.  To have similar legal ecosystems developing in different ways is bound to trigger consequences and interactions that we cannot fully anticipate.

Jordan's second post is on the failure of legal innovation, which he points out is nothing more than the precursor long-term success.  See  "The Failure of Legal Innovation," Law 21, May 29, 2014.  I definitely agree.  When I look at the legal innovation space in 2014 -- and my frame for reference is LegalTech, LexRedux, ReInvent Law, some of the ABA Legal Rebels, and a lot of shoe-leather research on my part -- I think of Detroit in 1905.  There were roughly 125 car manufacturers and hundreds more in other parts of the country, as Detroit was not yet car capital of the world.  All of those business owners were right about one thing:  The car is the future.  But they wistful optimists about something else -- their car company is the future.

A start-up is like a sapling in the woods -- the odds are against it ever growing to the treeline. Fortunately, in the start-up ecosystem good ideas and talented entrepreneurs never really lose.  Instead, they are rolled up into competitors to form the types of companies that can truly shape an entire new industry.  Along these lines, if I were working in investment banking these days, I would be trying to specialize in the legal sector, as the roll-ups in this space are going to be fast and furious in the years to come.

Let's fasten our seatbelts.  The next several years are going to be time of great tranformation.

Everyday, thousands of great ideas are pitched, from board games, to consumables, to new apps, etc. The majority receive cursory review, and polite rejection. Some make it to development, others even to the shelf, to die there. Others stick and follow traditional growth curbs (if a traditional curb still exists). Fact is, law is just another commodity, and perishable at that. Hundreds of ideas are waiting to be borne in this space. Sweat, equity and smarts will help get some to a pitch table. As with any other business in any other sector, luck will often be the key variable that will push them to the next step.