From Big Law to Lean Law 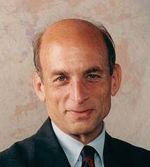 In 2012, Bruce Kobayashi and the George Mason Law & Economics Center organized an ambitious conference series entitled, "Unlocking the Law: Building on the Work of Professor Larry Ribstein."  The collective work product has recently been published in the International Review of Law & Economics.

My contribution was an essay entitled "From Big Law to Lean Law."  It is a  review of Larry's seminal "The Death of Big Law" article, with the benefit of three years of data and the gradual realization that the entire legal profession is on the brink of a major structural transformation.

The "Death of Big Law"  first appeared on SSRN in the fall of 2009.  The following spring, I attended the annual Georgetown Center on the Legal Profession conference, where Larry's analysis and conclusions were presented to a large audience of Big Law partners, including managing partner commentators.  Suffice to say, the reaction was one of polite bafflement.

"From Big Law to Lean Law" was my best attempt to serve as a translator, albeit with the benefit of three years of market data and hindsight.  Here is the abstract

In a provocative 2009 essay entitled The Death of Big Law, the late Larry Ribstein predicted the shrinkage, devolution, and ultimate demise of the traditional large law firm. At the time virtually no practicing lawyer took Larry seriously. The nation’s large firms were only one year removed from record revenues and profits. Several decades of relentless growth had conditioned all of us to expect the inevitable rebound. Similarly, few law professors (including me) grasped the full reach of Larry’s analysis. His essay was not just another academic analysis. Rather, he was describing a seismic paradigm shift that would profoundly disrupt the economics of legal education and cast into doubt nearly a century of academic conventions. Suffice to say, the events of the last three years have made us humbler and wiser.

This essay revisits Larry’s seminal essay. Its primary goal is to make Larry’s original thesis much more tractable and concrete. It consists of three main pillars: (1) the organizational mindset and incentive structures that blinds large law partners to the gravity of their long-term business problems; (2) a specific rather than abstract description of the technologies and entrepreneurs that are gradually eating away at the work that has traditionally belonged to Big Law; and (3) the economics of the coming “Lean Law” era. With these data in hand, we can begin the difficult process of letting go of old ideas and architecting new institutions that better fit the needs of a 21st century economy.

(SSRN link.)  In the service of explaining these complex market dynamics to lawyers, legal educators, and law students, I am posting the figures used in the paper, which can be downloaded from Slideshare.

From Big Law to Lean Law from William Henderson