What Would Happen If Nonlawyers Invested in Law Firms? Soon We Will Have Data

As U.S. lawyers successfully derail the most modest changes to the Rule 5.4 prohibition on nonlawyer investment in law firms, see e.g., this Wisconsin Bar commentary, the Brits are going in an entirely different direction.  The Legal Services Act of 2007 lifted the fee-splitting prohibition in the U.K., but it has taken five years to set up the necessary regulatory infrastructure to facilitate the opening of the legal market to nonlawyer investors.

The UK experience is bound to have a big influence on the U.S. debate because so much of the rhetoric on both sides is based on the alleged impact of the nonlawyers.  Proponents argue that it will drive down costs, accelerate innovation, and improve access to justice.  The critics, who so far have the upper hand, assert that investor profit motives will compromise lawyer independence, leading to the ruination of the profession.

Thanks to developments in the UK, we are moving from abstract arguments to concrete experience.  Coverage in the British legal press suggests that a new legal order is indeed beginning to take shape.

One novel development, reported by the Law Society Gazette, is an equity stake in the Knights Solicitors law firm by Hamilton Bradshaw, a British private equity fund run by entrepreneur and investor James Caan.  Knights is a 23-solicitor Midlands regional firm founded in 1759 (yes, 1759) whose business profile at the time Caan invested was being a competent, responsive law firm at a price point considerably below the London-based firms.  See, e.g, this Legalweek article describing Knights' collaborations with US/UK powerhouse Hogans Lovells.

The plot here is pretty thick.  In both the UK and Austrailia, which also liberalized its legal market a few years ago, the early investors have been on the personal injury side.  In contrast, Knights is full-service commercial law firm.  With the aid of outside capital, the firm's ambition is to catapult itself into the top 100 UK law firm within three to five years. Further, Caan is not just any investor.  He is famous in England because he served as as judge on the popular Dragon's Den television program.  The show's concept is simple:  entrepenuers pitch their ideas to some colorful, high roller celebrity investors.  Contestants potentially get funding plus a priceless primetime branding opportunity.  Dragon's Den was the basis for ABC's Shark Tank, where serial entreprenuer and Dallas Mavericks owner Mark Cuban serves as a judge.

Well, Caan got the regulatory okay a few months ago and is settling in with his new investment.  His early rhetoric suggests that he has little interest in fitting into the dominant culture of the British legal profession.  According to a story titled "Profit a 'Dirty Word' in Law," Caan regaled the NetLaw Strategic Leadership Forum in London with his experience of interviewing 20 firms in his bid to enter the legal market.  What he observed was "a profession dogged by the partner structure, failing to build a lasting relationship with clients and with too little focus on making money."

Although he and others would be keen on investing in more law firms, the culture within firms, including excessive deliberations in making basic management decisions, is a major hinderance.  Caan remarked:

A lot of people said this is not how this industry works: we’re about service, and profitability was a dirty word.  ... The minute a business forgets the reality of why it is there it will never grow. Every day you walk into the office you’re looking to make a profit. Being ashamed or embarrassed is not how you grow – every business I invest in, I’m not ashamed that is the strategy.

For a U.S. audience, this quote is likely to stoke the fire of both critics and proponents of fee-splitting.  On the one hand, here is a nonlawyer wanting to clean house in pursue of profits -- that seems to go the heart of lawyer independence.  On the other hand, wringing out more profit could well be possible if lawyers had a laser-like focus on the needs of their clients.  Caan only makes money if the clients (including sophisticated commercial clients) are drawn to his model, essentially rejecting the bundle of services offered by traditional law firms. 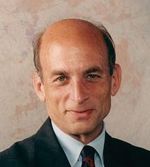 The late Larry Ribstein was a sincere believer in the latter view.  According to Larry, the pervasiveness of lateral movement -- which, under state legal ethics rules, cannot be curtailed by noncompete agreements -- had caused law firms to become hopelessly focused on the short-term.  This includes the most prestigious firms, which were (and, in my estimation, are) burning down decades of accumulated reputational capital.

Yet, the short-termism of coporate law firms is curable with money plus a coherent business strategy.  With an injection of patient capital, some extremely talented lawyers could be persuaded to stick around and focus on innovative legal products and services.  The idea is that patient capital could guarantee a partner's income for a period of years (essentially a partner's opportunity cost on the lateral market) in exchange for splitting the upside on innovations with the nonlawyer capitalists.

In a few years, Larry's ideas will be fully roadtested in the U.K.  If he was a right (and I think he was), this could eventually become a consumer rights issue that captures the attention of state legislatures. And who will be advocating for those consumers?  Lawyers who want to take outside investments so they can replicate the financial success enjoyed by their UK counterparts.  Time will tell.

If you think "patient capital" exists, I assume you have a picture of it on your wall next to your photographs of the Easter Bunny and a unicorn. I work in a publicly-traded professional services firm in a mature business (law is also a mature business). It is extraordinarily difficult to grow our business, and the same is true in law (I was long a law firm partner and, fortunately, a significant producer of new business for my law firm). The very accomplished leadership of our company thus attempts to grow through ascquisitions of entire businesses and further hopes to improve profits by relentlessly cutting costs. Here is what oustide investment in law firms will mean if outside investors are to profit: relocation of offices out of Class A space into Class B space to save on overhead; shrinking all office space substantially--indeed, to the point that offices are not appealing places to work; substantial reductions in partner profits and associate compensation; substantial reductions in benefits for employees of all stripes; further downsizing; even slower hiring of new lawyers; nickel-and-diming clients on expenses even more than firms do now; the elimination of pro bono programs; the outsourcing of all IT functions to India, with the inevitable associated loss in lawyer productivity; no investment in IT infrastructure; and more. Pick every cost cutting measure you can imagine, and oustide investors in law firms will implemenet it, and quickly. That is the only way you are going to wring more profit out of law firms. Think alternative fees are the answer? Wait and see what investors say when firms do not hit home runs on contngent fee cases or reverse contingent fee cases. So what's-his-name in England thinks that law firms have too little focus on making money? That is certainly not the case among full service U.S. law firms.

Doug, nice post. Re my reference to patient capital: I don't see any patience among law firms to retain profits to make investments for future profits. So I should have said "willing lawyer capital".

Doug, time will tell if your view comes to pass. We won't have to speculate. I don't dispute that life could be worse for some or most lawyers. Are you arguing that clients will also be worse off? Bh

Law firms make substantial investments in their futures all the time through internal training programs, substantial IT upgrades, and the like. I do not know that clients will necessarily be worse off, but they certainly will not be better off. To the extent clients want alternative fees, more efficient staffing, etc., those things are available to them now. The proliferation of boutique firms means that clients have a variety of pricing options. Many of the steps that outside investors will insist on will make lawyers less efficient and that will certainly hurt clients. In any event, I am unconvinced that U.K. practice experiences will necessarily tell us much about how things will play out in the U.S. And some things are simply difficult to measure from a client perspective. For example, will the drastic reduction of pro bono programs, and perhaps elimination of them, in order to maximize profits for investors hurt clients? Not paying ones, to be sure. But will it hurt the profession and the public? Unquestionably.