Speculation on Sensitivities in the Law Profession Employment Data 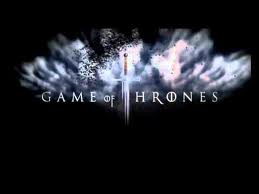 I like to think of myself as a sophisticated theorist, not a fantasy writer.  So when I was asked a few days ago to participate in an upcoming law review symposium about the future of legal education, and not wanting to embarrass myself (a driving factor for most of my life), I started digging into the empirical and interpretive work developed over the last couple years on the future of the profession.

Something Frank Bowman (Missouri, right) said in a thoughtful post yesterday over at Concurring

Opinions gave me pause, because it highlights what my empirical guru Bill Henderson tells me is a glaring gap in the data.  If I can paraphrase, one of Frank's points is that there is a group of elite schools at the top of the food chain that, by reason of money, brand, and intellectual capacity of their students, are going to come out of all of this relatively unscathed.  "But this model cannot work for the rest of us."

I know for a fact that Big Law is changing rapidly.  I only have to read the newspapers and look at the data Bill has sent me about a disappearing breed:  the home-grown Big Law partner.  That's not where the data gap lies.

What we don't seem to know much about through data rather than speculation (my own included) is how the profession is shrinking or changing (or not) when we get below that level.  That is, I would really like to see more precise sensitivities in the data, because my intuition is this is not "one size fits all."  Frank counts 20 to 30 schools as "at liberty to change or stand pat, as it suits them."  I don't know where the line between "them" and "the rest of us" gets drawn, but the data would tell us generally where to find the largest marginal impact on the effect of Big Law shrinkage.  My guess is that it would be in those schools that are wannabes for elite national school status.

But I am still really foggy about what is happening farther down the food chain, and Bill tells me I have reason to be.   What is happening to the profession outside of Big Law, and what is happening to the schools that primarily feed that segment of the profession?  Let's take Big State University Law School (Quaint College Town Campus) with say, 250 students in each graduating class, and posit that it is the flagship school in the state, relatively remote from any major competitive elite public or private law school, able to offer instate tuition to its residents, but still only ranked somewhere between 50 and 100 in USNWR.  No doubt it feeds a small number of its grads, even now, to Big Law, and some to medium sized sophisticated firms in Big State City, down the road.

But what is happening to the rest of BSUSL's grads, and how has that changed over the last ten years (i.e. comparing pre-financial crisis)?

I overlapped for a short time in 2005 at Big State (Urban Campus) Law School with Frank (when he was a real professor and I was just a superannuated general counsel-practitioner-adjunct prof with academic aspirations).  Even in 2005, before the crunch, I was asking questions about BS(UC)LS, which graduated 400 lawyers a year in its day and evening programs.  Even then, I bet that no more than 5-10% (tops!) got either Big Law or even the Big State City version of Big Law jobs (i.e., solid regional firms).  I remember asking the deans at BS(UC)LS in 2005 - what happens to the bottom half of your class of 400 lawyers?  Or the bottom 25%?

There is an entire industry of law schools not even trying to place students in Big Law - for them, at best if they get a few in it is a victory.  That seems to me to suggest a likely different impact as a result of the financial crisis.

If we were to look at the top students in those schools longitudinally (say over the last seven years), how have they been affected?  Then if we look at the bottom 60-75% of the class, how about them?  Are graduates at that level significantly impacted?  Where are they going?  Has the world changed much for them?

That's the data gap about which I'm inordinately curious.  Feel free to fill me in if you have answers.