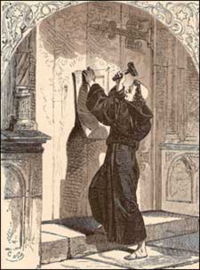 Brent E. Newton, an adjunct professor at Georgetown University Law Center, has posted a legal education reform piece on SSRN, entitled The Ninety-Five Theses: Systemic Reforms in the American Legal Education and Licensure   [Hat-tip TaxProf].  Judging by his title, Newton is hoping to spur a Reformation of legal education, akin to what Martin Luther did for Christianity in the 16th century.  If that is his agenda, I will not stand in his way.

According to his GULC web bio, Newton is Deputy Staff Director of the U.S. Sentencing Commission; prior to that, he had a distinguished career as a public defender.  Newton is not the only adjunct-practitioner who has forcefully challenged U.S. legal education.  In 2008, Jason Dolin (solo practitioner, adjunct at Capital), published Opportunity Lost: How Law School Disappoints Law Students, the Public, and the Legal Profession.   In 2010, Steve Bennett (partner at Jones Day, adjunct at Fordham) published a law review article entitled, When Will Law Schools Change?

Law professors rarely engage with these critiques; to acknowledge these critiques, some might argue, is to give them oxygen and legitimacy.  I think this approach is a huge mistake.  Any enterprise interested in long-term success cares about the perceptions held by its stakeholders -- and adjuncts are definitely in that group.  In times of crisis, we need friends, not enemies.  Further, Newton, Dolin and Bennett are serious people and very capable lawyers.  If you leaf through these articles, you'll see that they read like Brandeis Briefs against the legal education establishment.  The authors present thoughtful, fact-based, and (albeit occasionally) trenchant arguments on why we, speaking as a legal education insider, should change.

Simple question:  Can any of us identify a single historical example in which the establishment reformed itself because a critic effectively marshaled facts and logic to reveal the errors of its ways?  Institutional change doesn't happen that way -- facts and logic are no match for a few thousand egos and pious rationalizations for why others should change, but not me.

The common storyline for institutional change is failure, with the rise of other institutions that better address the social, political and economic needs of stakeholders and broader society.  A less common narrative is institutional adaption, thanks in part to (1) the self-interest and survival instincts, and (2) the serendipity of timely, brilliant leadership.  (Does the legal academy have a few hundred great leaders?)

That said, Newton, Dolin and Bennett may be on the right side of history.  Because of the overproduction of law school graduates and their high levels of debt, we are now at a point when survival for a large proportion of law schools can no longer be taken for granted.  "What cannot go on forever, won't."  Herbert Stein, economist.

Prediction:  In the next few years, some law schools will change and thrive.  Others won't and they will fail.  There will be nasty recriminations and gnashing of teeth.  A few at the very top will throw dice and decide not to change.  They will survive, but the innovations taking root in the rest of the law school hierarchy will make them look like anachronisms.  It will be a slow decay.  In the meantime, some aspects of the Post-Langdellian paradigm will look a lot like the suggestions made by Newton, Dolin and Bennett.  In twenty years, maybe sooner, the revolution will be over. Finally, Newton et al. will get a must deserved footnote. 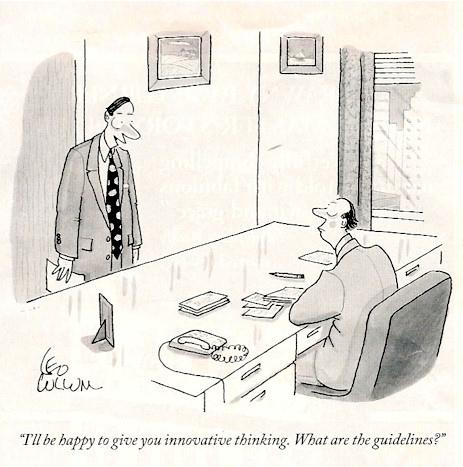 I have to agree that you have hit a number of points directly, other than I expect that given how long liberal arts PhD programs have been able to maintain momentum, I suspect law schools will have much longer than people think before they have the sorts of problems that are being forecast, unless a student loan default crisis suddenly defunds large groups of them.