The Best Solution to Global Warming from the Perspective of Critical Thinking.

I have just watched a lecture (Climate Change: Guest lecture by Solomon Goldstein-Rose) that contains the best solution to global warming that I have seen.  (He has also written a book The 100% Solution: A Plan for Solving Climate Change (2020).)  It is the best solution because it follows the established criteria for critical thinking, as I set out in my book, How to Teach Lawyers, Judges, and Law Students Critical Thinking: Millions Saw the Apple Fall, but Newton asked Why (2020).

The plan is to get harmful emissions to 0% by 2050, a common goal of environmentalists.  Professor Goldstein-Rose began by looking at all sources of global warming, not just the ones we usually think about like motor vehicles.  For example, agriculture and deforestation account for 17% of the harm.  He does this because the world needs to deal with all the kinds of emissions if it is to achieve the 2050 goal.  He also declares that the world needs to have a realistic picture of the quantity of emissions.  For instance, electricity generation will not remain at 2020 levels, but it will grow significantly as world economies grow.

His most insightful observation is that creating a solution just for the United States will not stem the danger of global warming because the U.S. accounts for only a small percentage of greenhouse gases.  About 2/3rds of greenhouse gases will come from developing countries by 2050 if nothing is done.  The U.S. can afford to get its emissions to 0% by 2050, but other countries will not because of the high cost.  The solution: concentrate on lowering the cost of green solutions.  For example, electric cars will eliminate the emissions from vehicles that use fossil fuels.  However, the initial cost of electric cars is significantly higher than traditional automobiles.  Consequently, consumers in developing countries will not buy them.  However, if the cost goes down to where electric cars cost less than traditional ones, consumers will buy them.  How do you bring down the cost?  Simple economics: the more units produced the lower the costs.  The same principle applies to other sources of harmful emissions, such as electricity generation.  In sum, governmental incentives need to be directed at bringing down the costs of green solutions.

The above is just a small part of Professor Goldstein-Rose's plan to solve global warming.  Listen to his lecture or buy his book.  Government planners should do both.

Why an I convinced by this solution?  There are countless other solutions to global warming out there.

I am convinced because he has carefully followed the principles of critical thinking.  First, he has considered the problem from all angles, and he has asked the right questions.  As I mentioned above, he started by identifying all sources of global warming, not just the ones that activists usually talk about.  Second, he has identified all reasonable alternatives and carefully evaluated each one, a key part of critical thinking.  Finally, he has considered the consequences of his proposals, such as how to deal with the politics of solving global warming.

The solution also satisfies the key criteria of critical thinking I set out in my book:

A. It is metacognitive and reflective.
B. It is evaluative.
C. It is skeptical and moderately distrusting.
D. It is analytic.
E. It tries to be unbiased and open-minded.
F. It is effortful, potentially time-consuming, and mentally taxing.
G. It requires domain-specific expertise. 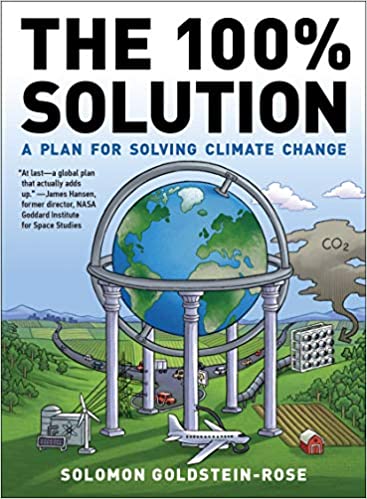