The Real Dangers of Cognitive Biases

I have written often, here and elsewhere, about the dangers of cognitive biases on lawyers and their clients.  Such dangers also exist in the every day world, sometimes with tragic consequences.

There is a story in the New York Post about a four-year-old boy who died from the flu when his mother ignored her physician's advice in favor of advice from an anti-vaccine group on Facebook.

"The mother of a Colorado preschooler who died from the flu ignored a doctor’s prescription and tried alternative, 'natural' methods recommended in an anti-vaccine Facebook group, according to reports.

The mother of the boy posted on a Facebook group — called “Stop Mandatory Vaccination” — that two of her four children had been diagnosed with the flu, leading a doctor to prescribe Tamiflu antiviral medication for the entire household, NBC News reports.

A third child — the woman’s 4-year-old son, who later died — had not been diagnosed with the flu at the time, but showed symptoms of a fever and had a seizure. Nevertheless, she ignored the doctor’s orders, she wrote.

"Some of the suggestions she received included using breast milk, thyme and elderberry — all of which are not recommended by doctors to treat influenza. . ."

"Najee’s mother, meanwhile, told the station she feels as if she 'failed' her son."

This is a tragic story.  The mother wanted to do the best for her child.  How could she ignore her doctor's advice, instead using folk remedies from a Facebook Group?  Cognitive biases clouded her judgment.

Here are the cognitive biases that affected the parent's decision and the Facebook member's suggestions:

Confirmation bias: “The tendency to search for, interpret, focus on and remember information in a way that confirms one's preconceptions.”

Optimism bias: “The tendency to be over-optimistic, overestimating favorable and pleasing outcomes.”

Semmelweis reflex: “The tendency to reject new evidence that contradicts a paradigm.”

There is no simple answer to the problem of overcoming cognitive biases.  However, studies have shown that awareness of cognitive biases and other approaches can help significantly.  One other thing can help: never ignore your physician's advice.  If you don't like what your doctor is saying, go to another doctor.  But, never, never take medical advice from a group on the internet. 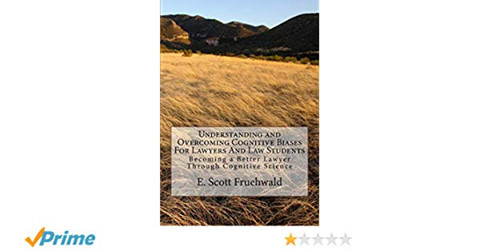