Last night, I watched Alfred Hitchcock's "The Wrong Man."  This movie is the true story of a man (played by Henry Fonda) who was falsely accused of robbing cash from an insurance company.   He walked into the company because he wanted to get a loan on his wife's insurance policy so she could have her wisdom teeth removed.  The woman who helped him immediately recognized him as the man who had robbed the office twice before.  Several other woman in the office backed up the identification.  He was arrested and put on trial.  While trying to help her husband prove his innocence, his wife suffered an emotional breakdown.  The man was eventually freed when the real robber was caught trying to hold up a grocery store.  At the police station, he is told the good news.  While there he overhears the eyewitness's identification of the real robber.  You can hear the certainty in the witness's voice as she picks out the robber from a line up.  Of course, she was just as sure with her original identification of the wrong man.

The first problem with the eyewitnesses' identification in "The Wrong Man" was that the first witness made the identification based on intuition (System 1 thinking), rather than careful deliberation (System 2 thinking).  This allowed for cognitive biases to influence the woman's identification.  First, she focused on the man's features that resembled the robber's (the confirmation effect), and she (intuitively) downplayed those features that were different (the Semmelweis effect).  Similarly, because the robberies were emotional events she suffered from the availability heuristic (“The tendency to overestimate the likelihood of events with greater ‘availability’ in memory, which can be influenced by how recent the memories are or how unusual or emotionally charged they may be.”).

The other eyewitnesses suffered from similar cognitive biases.  When the first witness asked the others about the man, she asked whether the man was the one who had robbed the office.  This is called the framing effect, and it can affect how people perceive events.  If she had asked them whether they recognized the man, they might have come up with a different answer.  All the woman quickly agreed that the man was the robber (the bandwagon effect).  They were also very emotional because of the previous robberies, which affected their perceptions.

At the police station, the witnesses identified the man in a line up.  Of course, they had already seen him before--that day in their office.  This made them sure of their identification.  (the overconfidence effect and confirmation bias.)"

The above illustrates just a few biases that can affect the law and our every day lives.  We need to be vigilant and base our judgments on careful deliberation, not intuition. 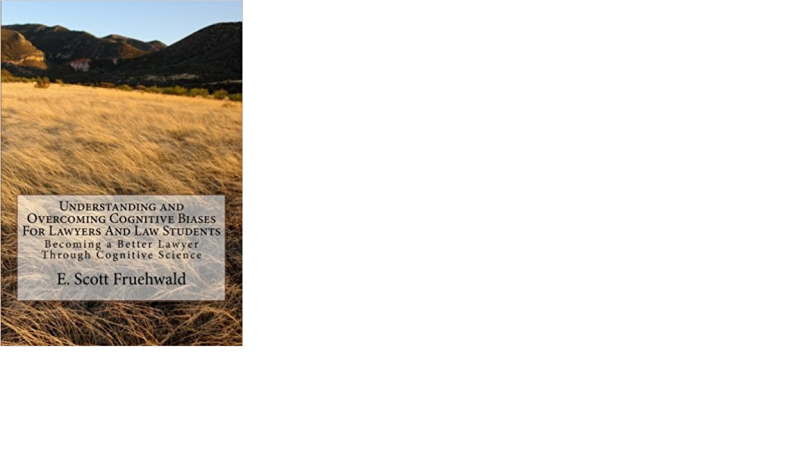