Take an example from behavioral legal ethics concerning conflicts of interest.  David Boies represented Harvey Weinstein in his defense against allegations of sexual harassment.  He was also an attorney for the New York Times, which was reporting on Harvey Weinstein.  Concerning this conflict, Mr. Boies stated, "If evidence could be uncovered to convince The Times the charges should not be published, I did not believe, and do not believe, that that would be adverse to The Times’s interests."  Mr. Boies is a prominent, successful attorney.  He probably intended to be an ethical attorney, and he was probably shocked when allegations of a conflict of interest were asserted against him.  However, any objective person would see his representation of two parties with adverse interests as a conflict of interest.  Why did such an intelligent man fail to see this egregious ethical breach?  Cognitive biases.  Mr. Boies suffered from the overconfidence effect, and he had  bias blind-spot concerning his own conduct.  He thought he could avoid an ethical violation under these facts, even if lesser attorneys couldn't.

The same thing applies to sexual harassment training.  Many harassers know the pitfalls of sexual harassment, but, because of cognitive biases, such as the overconfidence effect and bias blind-spot, they wrongly think they can avoid them.  For example, some college professors believe they can date a student without any problems.  However, as we all know from countless news stories, when a conflict arises in the relationship, sexual harassment claims usually result. 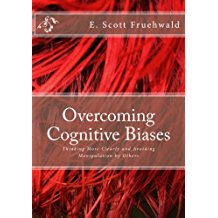