Recently out in ebooks and some in print, as part of the Quid Pro project:

Oliver Wendell Holmes, Jr., "The Path of the Law," with my new Foreword and bio summary, at Kindle 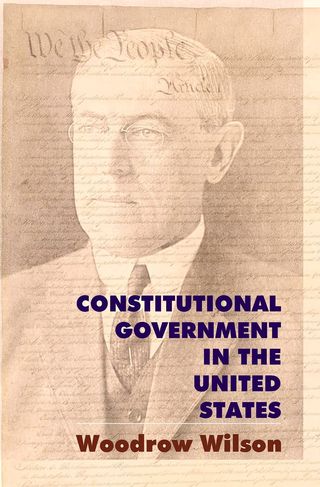 store in Amazon (& Kindle UK; the new Kindle Germany), B&N for Nook, and on Apple iTunes. US versions are $.99. Also in paperback here as of Monday.

Wilson's Congressional Government, his 1885 dissertation in fact, in Kindle, Nook, and on iTunes. Also new paperback at QP page or at Amazon. Has my brief introduction but, better yet, the lengthy 1955 analysis by Walter Lippmann.

Wilson's 1908 about-face on ruling by legislature just before he ran for governor and then for President, Constitutional Government in the United States, with new Foreword by Michele Veade. Kindle or Nook. In print and Apple by summer.

Plus issue 3 (Mar. 2011) of Stanford Law Review, in Kindle, Nook, Sony, and on iTunes. Also in law journals is John Marshall's Review of Intellectual Property Law: its new symposium issue on IP law and biotech and health issues, in Kindle, Nook, or on iTunes.

All 38 Kindle books produced since April 17, 2010, are here, most linking new paperbacks in turn. Enjoy!

Listed below are links to weblogs that reference Three new publications to digital: Holmes' "Path" and 2 by Woodrow Wilson, PhD: