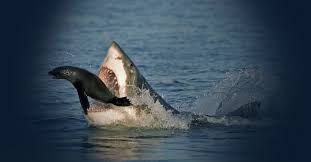 Current ABA accreditation standards have attracted widespread public criticism for being toothless in the face of predatory law schools granting admission (and charging hefty tuition) to students with little or no chance of passing a bar exam. In response, proposed ABA standards would create a new 75% rule. As Daniel Rodriguez (Northwestern) and Craig Boise (Syracuse) explain in the National Law Journal (cross-posted without subscription requirement at TaxProf Blog):

The American Bar Association's Section of Legal Education and Admissions to the Bar has proposed tightening up its regulation of those law schools with a significant ­percentage of graduates who have failed their state's bar exam. Under the proposed new accreditation standard, law schools must ensure that at least three-quarters of their graduates pass the bar after two attempts, rather than five, as is the case under the current standards. As with any numerical benchmark, the measure is imperfect, yet its purpose is a sound one.

Yet before the ink is even dry on the proposed rule, at least one school has found a way to circumvent it. Arizona Summit (formerly Phoenix Law School), the same school that paid its low-GPA graduates not to take the bar exam yet still had an overall July 2016 pass rate of 19.7%, has created a new requirement that each student with a GPA below 3.33 must pass the school’s mock bar exam as a prerequisite to graduating. Theoretically, Arizona Summit could set the mock-bar pass rate at 10%, meaning that only the top-10% would qualify to sit for a bar exam. That would virtually guarantee technical compliance with the ABA’s 75% rule. Meanwhile, 90% of the school’s students would have paid $136,062 in tuition (plus expenses, lost opportunity costs, etc.) for a degree that does not qualify them to sit for any bar.

One possible response might be for the ABA to go back to the drawing board and create a bar-pass threshold requirement for matriculants, not just graduates. But that would exacerbate a problem that HBCUs and others already have identified with the 75% rule – it may have a disproportionate effect on minorities, and it penalizes legitimate opportunity-based law schools that admit at-risk (but potentially successful) students, give them an opportunity to prove themselves, then then have an early-exit mechanism for students who don’t. Moreover, if the ABA plugs this hole in the dike, predatory schools like Arizona Summit will just find another weakness to exploit.

Better, I think, to draft a standard that looks at admissions, academic support, early v. late attrition, and bar pass, and gives the ABA considerable discretion within that framework to deny or withdraw accreditation. Simultaneously, we would need to ensure that the folks doing the (un)accrediting have both the backbone, and support from above and below, to make difficult decisions which may well result in litigation.

Rigid rules are easy to circumvent. But it’s not rocket science to spot a predator.

Rick, the solution may already exist. ABA accreditation standard 501 requires that law schools have a "sound admissions policy". The same standard also bars law schools from admitting students who do not "appear capable" of finishing law school and passing the bar.

Ok, maybe that sounds squishy, but the accompanying Interpretation 501-1 specifically includes academic attrition rates as a factor for considering whether law schools are in compliance with this standard. So the ABA already has the tool it needs to deal with the scenario you describe. Whether the ABA will use this tool is another question.

I appreciate your insights. Anecdotally, my school took a chance on admitting me. My GPA was terrible. I did extremely well in school, and thought the bar was easy... I was more mature, focused and driven than when I was an undergrad. There is something to be said for schools who offer an opportunity to less-credentialed applicants within whom they see potential. The fair thing there is early-ish attrition and of course FULL disclosure that the odds are stacked against us... I'm thankful for the opportunity I was given.

And it is proven that those passing the bar will be competent lawyers? Because lawyers use memorization as their core skillset, right?

How about going back to apprenticeships instead of this "well-we-had-to-go-through-it-so-you-have-too-as-well" type of measurement?